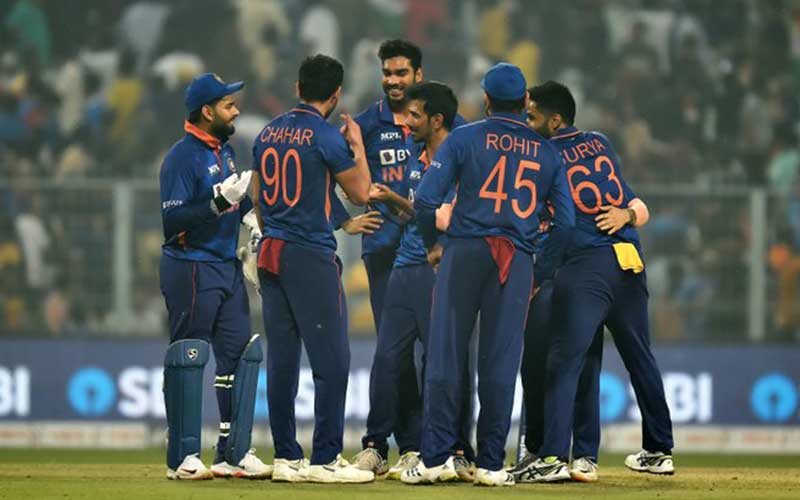 In the last T20 match played in Kolkata, India defeated New Zealand by 73 runs to win the three-match series 3-0. Batting first after winning the toss, Team India scored 184 runs for the loss of 7 wickets. Captain Rohit Sharma (56) was the top scorer. For NZ, 3 wickets came in the account of Mitchell Santner.

Chasing 185 runs, New Zealand's batsmen once again disappointed the fans and the entire team was all out for 111 runs in a game of 17.2 overs. Except Martin Guptill (51), none of the players could play a good innings. Axar Patel, who took 3 wickets in India's victory, received the Man of the Match award.

Team India and captain Rohit Sharma have created history with their third consecutive win against New Zealand. Actually, this is the first time that India has made a clean sweep of New Zealand in the T20 series on their soil. For the first time in 2012, a home series was played between the two countries.

MS Dhoni was the captain of the team at that time and the Kiwi team defeated India 1-0 in the two-match series. At the same time, in 2017, Team India defeated NZ 2-1 in the 3-match series under the captaincy of Virat Kohli. India had definitely won the series, but the team could not get a chance for a clean sweep, but this time Rohit and Co created history by winning the series 3-0.