Once KL Rahul wicket was ousted Pant’s firepower was matched with Hardik Pandya’s (64) hitting spree, who hit Moeen Ali for back-to-back sixes stealing some 20 runs off the over. 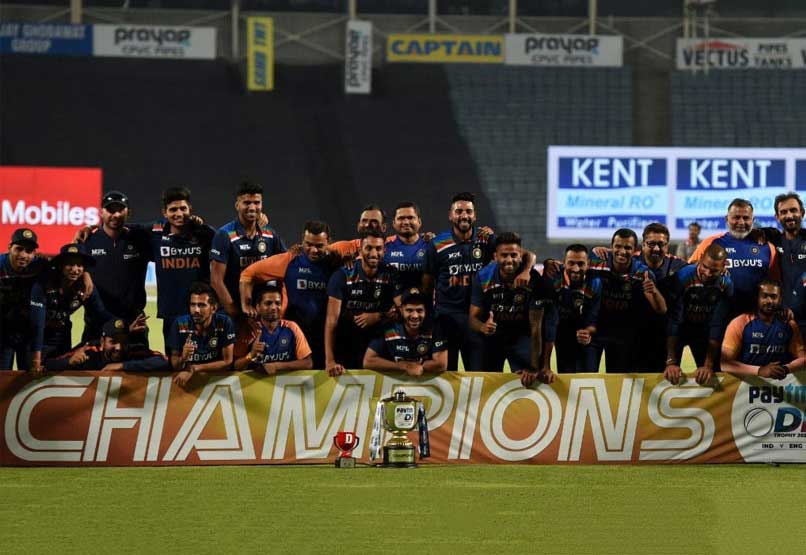 The 3rd series decider One Day International match saw some very intense game of cricketing, almost proving to be a cliffhanger of a game till the very end when India emerged victorious with 7 runs in hand.

Virat Kohli continued his streak of losing the toss and getting to bat first, India put up a decent score of 329 with all out. The Indian openers maintained themselves well on the pitch, the first wicket of Rohit Sharma fell in the 14th over when India had put up 103 on the scoreboard. Dhawan’s magnificent 67 involved some 10 boundaries but departed soon after Sharma. The Indian skipper failed to display his magic getting stumped out by Moeen Ali.

Rishabh Pant’s (78) arrival on the pitch was much welcomed, he attacked the English bowlers with massive outrageous shots, taking risks and hitting the bowl out in the most unusual areas. Once KL Rahul wicket was ousted Pant’s firepower was matched with Hardik Pandya’s (64) hitting spree, who hit Moeen Ali for back-to-back sixes stealing some 20 runs off the over.

The surprise came in Indian bowler Shardul Thakur ending the innings with 3 sixes and a lone four, pushing the score beyond the 300 mark.

England had a lacklustre start with Jason Roy and Jonny Bairstow losing their wickets very early on to the immaculate Bhuvneshwar Kumar. This was followed by Ben Stokes hitting a few big hits, but he was slowed by Bhuvneshwar’s tight economical bowling. After T Nataranjan persistent bowling Stokes gave away his wicket eventually with only 35 runs.

Shardul Thakur came into actions taking the 4-wicket haul home. The colossal challenge was found in Sam Curran who played a great gutsy innings of 95 runs remaining not out, almost taking England over to the winning side.

Skipper Kohli praised his team in the post-game conference, “Prasidh and Krunal were impressive, but the most pleasing thing is the depth of our batting. Very exciting times ahead for us. And if the top three can get a hundred, the 370s and 380s will come soon,” he further commented, “I mean I’m surprised that he wasn’t the Man of the Match. Four wickets and scoring 30 runs in a 300+ match… and Bhuvi was another contender for Man of the Series. These guys were the difference in middle overs and powerplay.”