Increase in legal age of marriage is for the sake of daughters: PM Modi

PM Modi, while participating in a programme in Prayagraj that was held to empower women, especially at the grass-root level, said that the purpose is to give time to girls to pursue their careers. 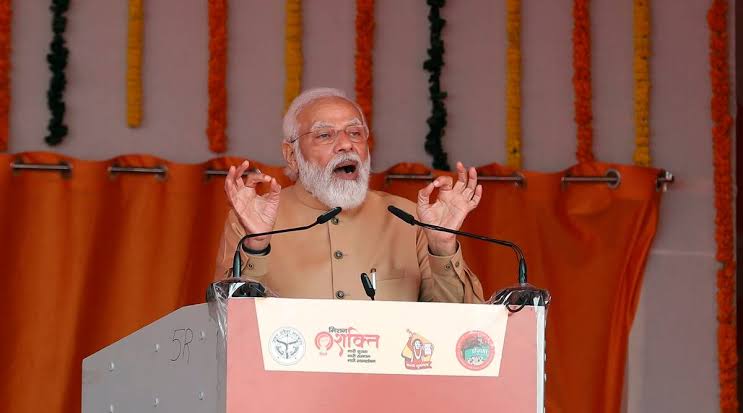 Prime Minister Narendra Modi has spoken in favour of a proposed law in which the marriageable age of women has been increased to 21 years from the existing 18 years.

The government is bringing an amendment in the law after which the legal marriageable age of women will become 21 years. PM Modi, while participating in a programme in Prayagraj that was held to empower women, especially at the grass-root level, said that the purpose is to give time to girls to pursue their careers.

“Earlier, the legal age of marriage for sons was 21 years, but for daughters it was only 18 years. The daughters also wanted that they should get time to pursue their studies and to get equal opportunities. Therefore, efforts are being made to bring the age of marriage to 21 years for daughters. The country is taking this decision for the sake of daughters”, PM Modi said.

However, social activists, opposition parties and many political activists have opposed the decision as they believe that the increase in the legal age will create many problems and it is not the right decision.

There are reports that the government might send it for parliamentary scrutiny before making it a law. However, to woo women voters, PM Modi has doled out financial benefits to women.

“The Prime Minister transferred an amount of Rs. 1000 crore in the bank account of Self Help Groups (SHGs), benefitting around 16 lakh women members of the SHGs. This transfer is being done under the Deendayal Antyodaya Yojana - National Rural Livelihood Mission (DAY-NRLM), with 80,000 SHGs receiving Community Investment Fund (CIF) of Rs. 1.10 lakh per SHG and 60,000 SHGs receiving Revolving Fund of Rs. 15000 per SHG,” a government release said.