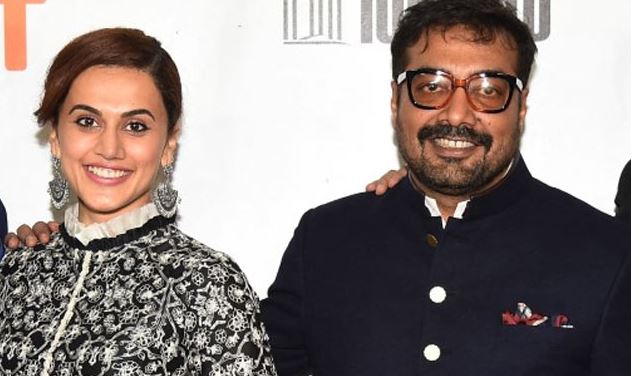 This had to happen.

The income tax department in Pune has questioned producer, director and actor Anurag Kashyap and Taapsee Pannu. This was following a raids on their properties all day, over alleged tax evasion. Searches were conducted in over 30 Mumbai locations that included theirs. It also included premises linked with talent agency as well as Phantom Films which was which was co-promoted by Anurag Kashyap.

Anurag Kashyap and Taapsee Pannu had dared their voices as critics of the current government and also  have lent their unflinching support to various causes, including the ongoing farmer protests against central laws.

The thing to be most noted here is, that both Anurag and Taapsee are pretty much vocal about the causes for which protests were raised in the country off late, from Shaheen Bagh, to attack on jamia, to new farming laws by the government and so on.

If Anurag made his presence felt by physically visiting Jamila and Shaheen Bagh and even quipping while shooting a selfie with a biryani bowl, saying “what a tasty biryani”, Pannu was seen sitting at gatherings against the CAA, NPR and NPA the central government aims to implement post corona vaccination drive, as the Home Minister had clearly said in his public speech a few days ago.

Taapee had also let her voice against the sad state of affairs when migrant labourers had to walk on foot for miles to reach their homes, for lack of food, shelter and employment amid corona.