In the second wave of COVID, India lost 594 doctors, majority of fatalities in Delhi: IMA report

According to IMA statistics, 107 doctors died in Delhi during the second wave of the COVID pandemic. Bihar lost 96 physicians, while Uttar Pradesh lost 67, Rajasthan lost 43, and Jharkhand lost 39. 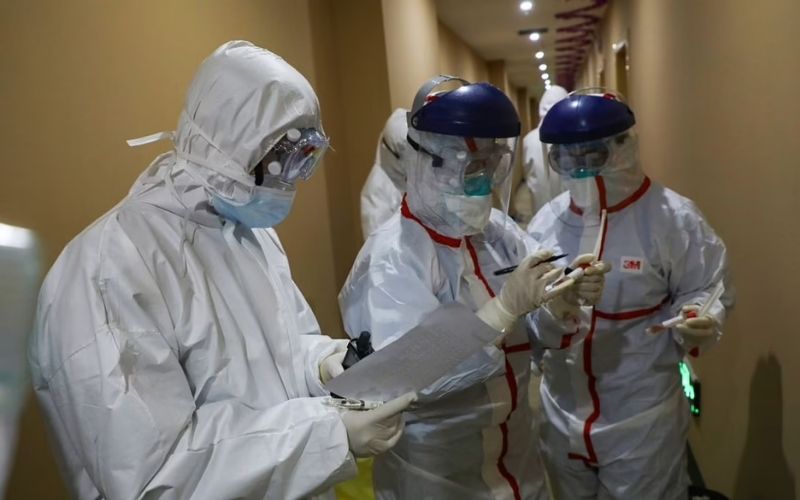 According to the Indian Medical Association (IMA) report on Wednesday, 594 doctors died in the nation's highly deadly second wave of coronavirus epidemic. The organisation released a chart depicting the state-by-state distribution of deaths in India, which was shared on social media by the news agency.

According to the statistics, the majority of the 594 doctors who died of Covid-19 during the second wave of the epidemic were in the national capital, Delhi, which became one of India's worst-hit areas during this time. Bihar, Uttar Pradesh, Rajasthan, and Jharkhand were close behind, with all of these states losing large numbers of physicians during the second wave of Covid-19.

According to IMA statistics, as many as 107 physicians died in Delhi during the second wave. Bihar lost 96 physicians, while Uttar Pradesh lost 67, Rajasthan lost 43, and Jharkhand lost 39. Although the IMA is a volunteer organisation of physicians in India, it is likely that the real number of fatalities significantly exceeds these data, as the organisation only keeps track of its 3.5 lakh members out of the country's 12-lakh-odd doctors.

However, IMA data gives a reasonable assessment of the physician community's struggle in India during the Covid-19 outbreak. As per the IMA, the five states with the greatest number of doctor deaths through this period are:

The full IMA Covid register for the doctors' deaths are –

In a similar line, the IMA has recently spoken regarding violent actions directed towards physicians, healthcare employees, and healthcare facilities, regardless they were justified or not. According to the report, occurrences of healthcare violence have escalated over the years, grown common, and constitute a threat to medical practice.

The IMA has requested Union Home Minister Amit Shah to take their request as an emergency and to enact an effective and powerful law "against healthcare violence" to protect the country's healthcare personnel.