Allegations have always surrounded this case as fake, as Ariz Khan is known to have no fire arm with him and the police personnel allegedly killed their own men to terrorize Muslims and spread Islamophobia across the nation. 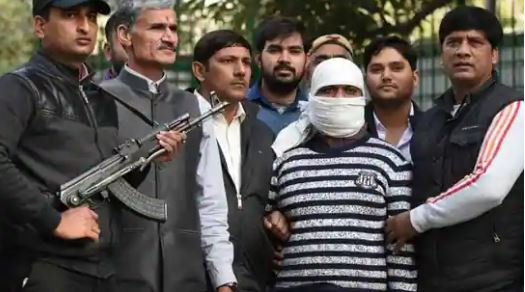 A Delhi court convicted Khan, along with his accomplices, for the killing of inspector Mohan Chand Sharma who led the Delhi Police team during the September 19, 2008 operation.

A Delhi court on Monday sentenced alleged Indian Mujahideen (IM) terrorist Ariz Khan to death in connection with the 2008 Batla House encounter case. Khan was convicted by a city court on March 8 for killing inspector Mohan Chand Sharma of the Delhi Police special cell, who led the operation on September 19, 2008.

Besides handing Khan the death penalty, the court also imposed a fine of ₹11 lakh on him, directing that of the said amount, ₹10 lakh be immediately released and given to deceased inspector Sharma's family.

Earlier, convicting the 35-year-old for the murder of the police officer, additional sessions judge Sandeep Yadav held him guilty of murder, attempt to murder, obstructing public servant on duty, causing grievous hurt and non-appearance despite being declared a proclaimed offender (PO). Khan was pronounced a PO in 2009 and arrested almost 10 years after being on the run. Khan, alias Junaid, was convicted along with his accomplices Salim and Ann for Sharma's killing. While pronouncing him guilty, the court observed that 'Khan, with his associates, intentionally and knowingly caused the murder of Sharma by a gunshot from a firearm.'

The Batla House alleged encounter took place six days after the national capital was rocked by serial blasts, in which at least 30 people were killed and more than 100 lost their lives. The Sharma-led team, reportedly acting on a tip-off, carried out a raid at flat number 108, L-18, Batla House in city's Jamia Nagar. While Sharma was killed in action, two alleged IM terrorists-Mohammed Atif Ameen and Mohammed Sajid were also gunned down.

Khan and Shahzad Ahmad, another alleged IM member, were able to escape. Ahmad was later nabbed and sentenced to life imprisonment in July 2013. Khan, meanwhile, was arrested from the India-Nepal border on February 14, 2018. Allegations have always did round on this case, as fake as Ariz Khan is known to have no fire arm with him and the police personnel allegedly killer their own men. This judgement on Khan, is taken by those who researched in the area, as a fake case to teach Muslims of the area a lesson and terrorize them to be in their shoes.

The case is likely to be appealed to higher courts.