In a world different from ours’, extraordinary tales emerge

Film Ahaan takes us to a portrayal of disability in Hindi films, that needs attention 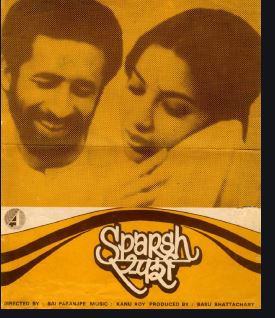 As a school student, I watched National Award winning “Sprash” (Directed by Sai Paranjpe) , a film on a blind hero (Naseeruddin Shah who plays principal of a blind school) who doesn’t like to be sympathised because of his eye-sight. In a famous scene, the leading lady of the film Shabana Azmi, comes visiting him in his office, a peon brings coffee in a proper kettle with cups, keeps on the table and leaves.

While Naseer gropes over the kettle to pour the coffee in cups, Azmi quickly gets up to help him, saying, “Laaiye, main bana deti hoon” (Let me make it), to which Naseer yells at her, saying, “Sit Down! If I need help, I will ask for it”. Later apologising for admonishing the stunned, silent, sulking lady, he clarifies, “if someone tries to help me unnecessarily, I get irritated.”

With this backdrop, I grew up knowing anyone with any physical disability doesn’t need to be unnecessarily sympathised but emapthised and being behaved in a ‘normal’ manner. My further education in Aligarh Muslim University, where Ahmadi Blind School(where Sparsh was also shot) has a special place and every year, it brings out numerous capable students who later study with us, so-called ‘normal/sighted students, further helps all mixing up naturally with them. No one tries to be extra cautious with them or treat them differently. They choose their own friends among classmates to write their exams, in the absence of braille facility for the students as well as teachers who could check their copies. One of my seniors in AMU, further widened my horizon of understanding the visually-impaired when he said once, “My mother doesn’t realise that I am doing all my work on my own. All she remembers is, that I am blind and who will marry me?”

Similarly, my exposure to Cheshire Home for the disabled in Delhi for a story, exposed me to the world of people with intellectual, mental and physical disabilities and how they are tried to be fitted into ‘mainstream’ by training and aiding them with the best possible ways under the circumstances.

Family of disabled (FOD) a Delhi-based, exceptionally dedicated organisation for the physically disabled motivates people SINCE 1992, with borderline as well as grave cases. It helps them with setting up shops, making pencils from waste material, paintings for which an annual is mounted every year. They are also helped with getting a job instead of being helped with charity. Meeting numerous such wonderful people during journalistic journey, helped me know that anyone with physical, mental or intellectual disabilities need to be treated with ‘acceptance’ first than pity, normally than ‘abnormally’ and patience than rejection.

With this background in mind, watching Ahaan was a pleasure. This 80-minute-feature film on intellectual disability called Down Syndrome is a perfect tribute to the 12th World Down Syndrome Day (March 21) initiated by the United Nations as well as a lesson on how to ‘deal’ with people with such natural chromosomal arrangements, who take time in understanding and answering question due to speech issues normally associated with this condition. However, they are sharp, observe a lot, absorb a lot, get hurt easily, and have dreams and aspirations of their own – which even their parents, apart from neighbours and often friends, do not understand. Such people smile easily, draw your attention by doing a job given to them to the best of their capabilities. Just a word of genuine appreciation helps them immensely. They are mostly compassionate and helping despite their problematic conditions.

All this has been woven into Ahaan’s story, dialogues and screenplay written and directed by a 35-year-old new comer in Bollywood – Nikhil Pherwani, who was “fed up with the portrayal of disability in Hindi films as ‘bechara’ or a comic relief”.

Nikhil’s Ahaan is a 25-year-old adult,( played by Abuli Mamaji – who in reality. is a Down Syndrome victim) with his physical and emotional desires – to have a plum office job like his father, a love life, marriage, two children, a house and a car. For an over protective mother (Shilpa Mehta) and a distressed father (Kaizad ), his dreams are neither known, nor is a job, a possible course of his future life. So, Ahaan, by sheer design of destiny, makes friends with the man Ozzy (Arif Zakaria) who nearly hates his presence in his life due to his own mental problem – OCD (Obsessive Compulsive Disease) of cleanliness. He hates the way Ahaan drops food while eating and his casual approach to cleanliness. However, he gets a shock of life after witnessing Ahaan’s unpretentious compassion towards others – the load lifter on the road, the street kids, animals, et al. He realises there is more to life than creases of his shirts, cleaning sofas and worries about pollution and dirt.

This well-researched story, told in a matter-of-fact way, is what the Hindi film world now needs more. We have had few such films we can count on our fingers which have told the stories of people with disabilities and special abilities in a considerate manner.

Sparsh admonishes us at our ignorance, Ahaan does not. It just takes us to a journey and trains our mind to understand things, in a different way. Just that. The magic happens by the end. And we leave the hall without feeling guilty of not treating the people with Down Syndrome, normally, for we were never trained for it in our schools, colleges and universities. (Though some of us visited them in care giving centres, felt upright by doling out some amount, and lightened our burden of guilt, as much as thanking God that we don’t have such people in our own families). It gracefully teaches us to understand them better. without being preachy.

Ahaan had hit the cinema last Friday, and due to covid-induced precautions, it ran for a "successful week" in Mumbai and Delhi/NCR from March 19. It should be available on OTT platforms soon, hopefully.

Watching Ahaan makes one rethink for how long would we keep on portraying people with disabilities for comic relief or as bechara in our films. We have had some films like My Name is Khan on Asperger's syndrome, Guzaarish on a quadriplegic patients who seeks mercy petitions, Aamir Khan’s Taarey… Zameen Par on dyslexia and Black, Khamoshi-the Musical and Barfi on people with speech and hearing impairment. I feel they  at least introduce the issues to the audiences, in Bollywoodised ways though. Instead of being over critical of them, it is important to understand that at least such attempts have been made. Considering cruel market discipline, they have been stylised too. Perhaps we need to understand the world of films is market-driven and no financier wants to invest money in a ‘dead’ project! It’s all good, if we accept it first. Ahaan is one such attempt, minus any grand paraphernalia though.

However, the good news is, various private schools have taken initiative of making the young students visit people with several physical or intellectual disabilities. There is a ray of hope there. Some students from such lives, may grow up to be a sensible filmmakers. Subtly, others are also trained by being introduced products they create – sketches, paintings, candles, embodied and woven stuff and so on. Fashion shows have been conducted with people with different conditions in the recent past too.

My long-time friend Deevyaaa Arora, whose parents have worked hard on her, and left her to lead a life of her own in Mumbai on her insistence. She now writes for a film magazine, is a theatre actor and director on a wheelchair. She has numerous firsts to her credit. Though she is always in need of funds to survive in Mumbai.

Deevya Arora is paraplegic, a fearless girl fighting for her space in Bollywood

Film Koshish by Gulzar deals with speech-impaired in realisitc ways

Real stories like Deevyaa and Abuli, abound. Our filmmaker just need to dig them out and tell their tales rationally and artistically like Nikhil, has done and Sai and Gulzar did, poradically though. Bollywood also needs large-hearted financiers to fund more Sprash, Koshish and Ahaan to chart their own glorifying journeys. It’s time the gap between ‘us’ and ‘them’ is bridged in the 21st Century.