In a tragic incident in Telangana's Warangal town, an eight-year-old boy died after choking on chocolate his father brought from Australia.

In a tragic incident in Telangana's Warangal town, an eight-year-old boy died after choking on chocolate his father brought him from abroad. The chocolate stuck in Sandeep Singh's throat. He was rushed to MGM Hospital, where he succumbed. 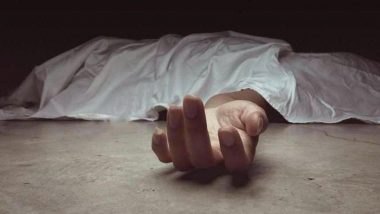 An 8-year-old boy died after eating chocolate in Warangal, Telangana. According to the police, Kanghan Singh, a resident of Warangal, had brought chocolates for his son from abroad. When 8-year-old Sandeep ate chocolate, it got stuck in his throat. He was taken to the hospital but lost his life.

According to the police, Sandeep, a Class II student, went to school on Saturday with some chocolates from home. After eating the chocolate, he started panting and had trouble breathing. The teacher informed the school authority about this. After this, he was taken to the hospital, but his life could not be saved. Doctors have told suffocation is the cause of death.

Sandeep's father Kanghan Singh runs an electric shop in Warangal. He came here from Rajasthan 20 years ago. He has four children. He had recently gone on a trip to Australia, from where he had brought chocolates for his children. Sandeep had taken some of these chocolates to school, after eating which he died.