As the cases of Corona are increasing in the country at a skyrocketing rate, Prime Minister Narendra Modi held a virtual meeting with the Chief Ministers of the states on Wednesday. 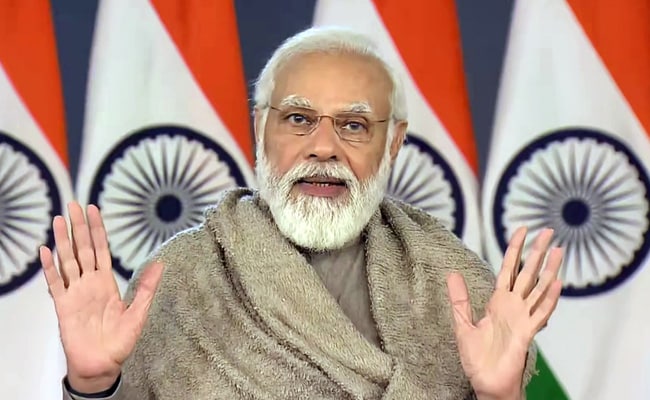 As the cases of Corona are increasing in the country at a skyrocketing rate, Prime Minister Narendra Modi held a virtual meeting with the Chief Ministers of the states on Wednesday. In this, there was also a discussion about the effect on the economic condition of the country due to the epidemic and the Ukraine-Russia war. The PM has appealed to the states to reduce their share of tax so that the burden of inflation can be reduced on the public.

Before this, he said – I admire all the Corona Warriors, the way they have done their work so far. Corona cases have been increasing in some states, but the challenge of the corona has not been postponed. It can be a serious condition. They are looking in Europe. In the last few days, cases have been reported in many countries. We have brought the situation under control.

With the increase in cases in the last two weeks, it has been understood that we have to be alert. We learned a lot from the wave that came to us a few months back. All tackled Omicron successfully and fought. Within two years, the country worked on everything from health infrastructure to oxygen.

The situation did not worsen in the third wave. This helped with the vaccination. The vaccine reached the people in every state. It is a matter of pride for every Indian that today 96 percent of the population has got the first dose, and 85 percent over 15 years have got the second dose. You understand that the vaccine is the biggest shield. Schools are open in the country after a long time, in such a situation the concern is increasing due to the increase in cases. In March we got permission for Covaxin for 12 to 14, and tomorrow for 6 to 12.

Patients admitted to hospitals who are patients with severe influenza should have a 100% RT-PCR test. If positive, send its sample for genome sequencing. Also, make sure that there is no panic spread in public. The work of updating the health infrastructure should go on fast. It will also have to be decided that all the facilities are functional. Responsibilities should be fixed so that there is no crisis when needed. The health sector in the country has improved in a big way only due to the joint efforts of the central and states, but friends, today I want to mention one more aspect in this discussion.