In a major development, the North East Team of Welcome Police arrested two members of the Hashim Baba Gang, including one associate of the Lawrence Bishnoi gang, both of them wanted in an attempt to Murder Case. 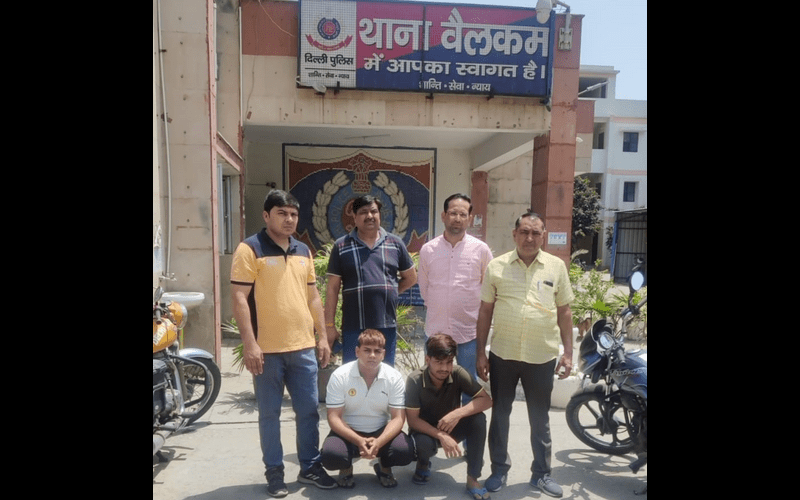 In a major development, the North East Team of Welcome Police arrested two members of the Hashim Baba Gang, including one associate of the Lawrence Bishnoi gang, both of them wanted in an attempt to Murder Case. The accused have been identified as Faizan (18) and Suhail (19).

According to Sanjay Kumar Sain, Deputy Commissioner of Police, North-East District, New Delhi, “ On the 25th of May, on the statement of complainant Md. Kasim Khan, a case under the Arms Act, PS Welcome, Delhi was registered and an investigation was taken up. A joint police team of PS Welcome and Operations Cell/NED under the supervision of SHO/Welcome and guidance of Sh. A.Venkatesh, ACP/Bhajanpura was assigned the task to solve the case.

During the course of the investigation, the name of notorious criminal Salman surfaced. Besides, the involvement of Faizan was also ascertained through the detailed scanning and analysis of the CCTV footage of the cameras installed in the vicinity and local intelligence.

Mr. Sain further added, "Technical surveillance as well human intelligence was also deployed. Multiple raids were conducted by the police teams at the notable hideouts of the culprit. Through technical inputs, the police team zeroed in on a location in the area of Janta Colony. The local human intelligence of the area was gathered on the 3rd of June. Basis secret information, Faizan (18) was arrested from ‘EidgahPuliya’, PS Welcome.

On sustained interrogation, he confessed to his crime and revealed that on being scolded by Kasim Khan for sitting on a scooty parked in the street, he along with Salman and some other friends, threaten Kasim Khan with the point of pistols. After the incident, he handed over the pistol to Salman@. On further interrogation his previous involvements also surfaced where-in, he had been associated with ‘Shahrukh’ a member of Lawrence Bishnoi gang.

A raid was then conducted and his associate Suhail (19) was also arrested from Gali No. 21, PS Jafrabad on the 4th of June. Sincere efforts are on to arrest other accused in the case and recover weapons used in the commission of the crime. Further investigation into the case is in progress.