Khan also said that similar events are occurring in India as a result of the country’s film industry imitating and getting influenced by Hollywood, which is why he said, "Delhi has now become a rape capital." 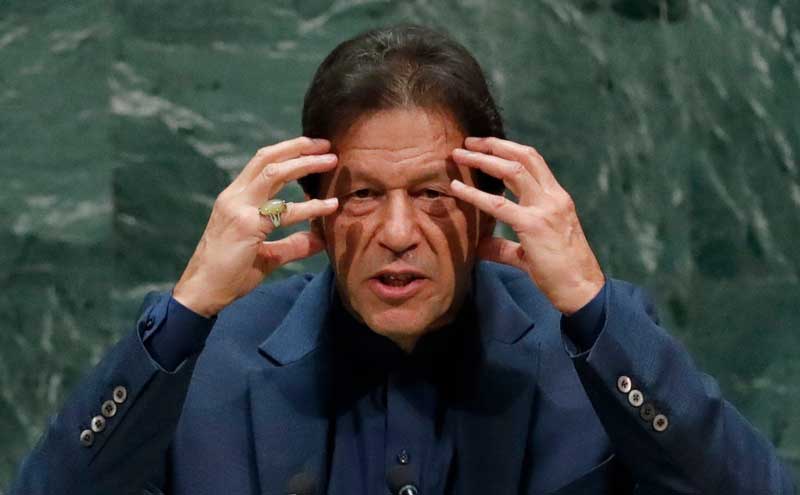 Following his remarks on rape and urging women to "cover-up" to stop it, Pakistan’s Prime Minister Imran Khan has come under fire from women's rights activists. In a recent interview, the Pakistan Tehreek-e-Insaf chief claimed that rape is on the rise and that women should cover up and follow the purdah principle to "avoid temptation."

When asked what his Pakistan Tehreek-e-Insaf (PTI) administration wants to do regarding sexual harassment against women and children by a caller, Imran Khan said that certain battles cannot be fought solely by legislation.

Khan said, "The incidents of rape of women... (have) actually very rapidly increased in society," he added, "This entire concept of purdah is to avoid temptation, not everyone has the willpower to avoid it.”

He accused the increasing rise of cases of sexual violence and rape in Pakistan on vulgarity or ‘fahashi’ and an outcome of practice of ‘obscenity’ which was due to getting influenced by western culture and practices.

Khan also said that similar events are occurring in India as a result of the country’s film industry imitating and getting influenced by Hollywood, which is why he said, "Delhi has now become a rape capital."

The Pakistani leader’s comments drew heavy criticism from rights campaigners and gender rights activist groups. They bashed him for his ‘baffling ignorance’, many have signed an online petition calling out Khan’s remarks and calling them “factually incorrect, insensitive and dangerous”.

Khan’s ex-wife and mother of his two sons, Jemima Goldsmith went on Twitter to make her sentiments known on the leaders appalling comments on a sensitive topic such as sexual abuse.

“Say to the believing men that they restrain their eyes and guard their private parts." Quran 24:31

The onus is on men. https://t.co/StkKE3HIPM

She later added in another tweet, “I’m hoping this is a misquote/mistranslation. The Imran I knew used to say, ‘Put a veil on the man’s eyes not on the woman’.”

The Human Rights Commission of Pakistan released a statement, “Not only does this betray a baffling ignorance of where, why and how rape occurs, but it also lays the blame on rape survivors, who, as the government must know, can range from young children to victims of honour crimes.”