The sexist worldview expressed by Imran Khan in the interview generated significant outrage on social media, with opposition leaders and journalists expressing their disgust. 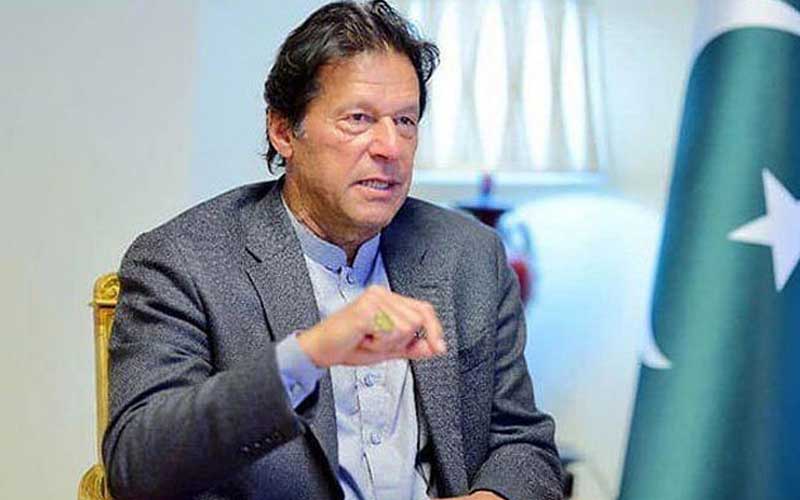 He remarked in an HBO interview with Axios writer Jonathan Swan on June 20th, “If a woman is wearing very few clothes it will have an impact on the man unless they are robots. It’s common sense.”

Khan went on to say that wearing westernized clothing was ‘cultural imperialism’, he added, “Whatever is acceptable in our culture, must be accepted everywhere else. It's not."

This is the second time this year that the Pakistani leader has come under the lens for his bizarre comments on sexual violence. Khan claimed earlier this year in an interview with Geo News that sexual violence is the result of a Western import called "obscenity."

The sexist worldview expressed by Imran Khan in the interview generated significant outrage on social media, with opposition leaders and journalists expressing their disgust.

Khan defended his prior statements in the HBO interview with Axios, he claimed that he was referring to the ‘concept of purdah’. He called for Pakistanis to avert temptation.

He pointed out, “We don't have discos here, we don't have nightclubs. It is a completely different society way of life here. So if you raise temptation in society to a point, all these young guys have nowhere to go, it has a consequence in the society."

In the interview, after he was nudged further on the topic, Khan admitted, "It depends which society you live in. If in a society people have not seen that sort of thing, it will have an impact on them."

In November 2020, 11 rape occurrences are reported per day in Pakistan, with over 22,000 incidents registered in the previous six years.