To get the global economy back on track to progress, the fund is focusing on narrowing the vaccine gap. 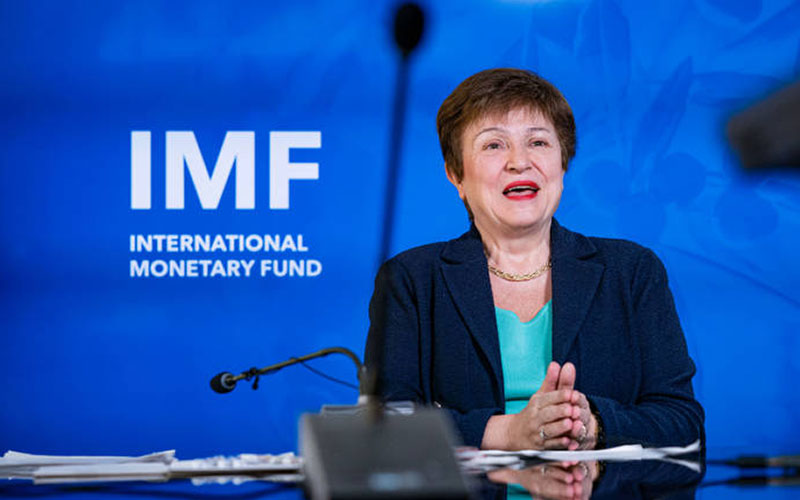 On Friday, the International Monetary Fund (IMF) announced a $50 billion initiative to combat the Covid-19 pandemic, with the aim of administering vaccines to no less than 40% of the world's population by the end of 2021 and the remainder of the 60% population by the first half of 2022.

Apart from 40% of the cumulative $9 trillion in global GDP gains, the advantage to developing countries, which will have to payroll a large portion of it will be $1 trillion in additional tax revenue, according to the study.

According to the comprehensive report prepared by IMF Chief Economist Gita Gopinath and staff economist Ruchir Agarwal, in doing so $9 trillion will be pumped into the global economy by the year 2025 as a result of a quicker resumption of economic growth, with rich countries eventually profiting the most.

Kristalina Georgieva, head of the IMF, at the Global Health Summit held in Rome as part of the G20 said, "Advanced economies - asked to contribute most to this effort - would likely see the highest return on public investment in modern history, capturing 40% of the GDP gains and roughly $1 trillion in additional tax revenues."

The report's authors point out that it is now well acknowledged that there will be no exact end to the economic downturn until the health crisis is addressed. As a result, putting an end to the pandemic is in everyone's best interests.

To get the global economy back on track to progress, the fund is focusing on narrowing the vaccine gap. Its target is to assist in massively bringing the pandemic under control globally for the benefit and safety of everybody.

The IMF emphasised the need for more funding for the foreign Covax programme, which was created to discourage wealthy countries from hoarding vaccines but has so far proven unsuccessful.It also advocates for free cross-border transfers of raw materials and vaccines, as well as wealthy countries to automatically distribute and donate surplus vaccines.