IMD Weather Forecast : Heat wave will prevail in Delhi-NCR for the next 5 days 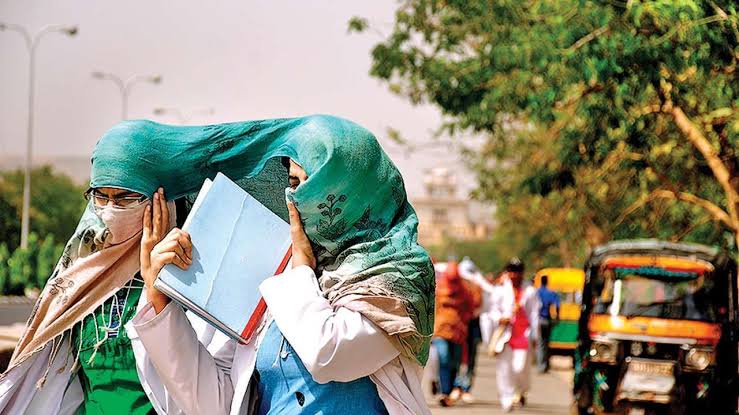 After a slight relief for the last 2 days in the capital Delhi and surrounding areas, the heat wave has started once again from Monday. According to the Meteorological Department (IMD), heatwave can continue in Delhi for the next few days from Monday. The IMD has forecast that the maximum temperature in the national capital is 42 degrees Celsius and the minimum temperature is 23 degrees Celsius.

Apart from this, dusty winds will also disturb the people in the capital and surrounding areas for the next few days. According to the Meteorological Department, there will be dust in Delhi at a speed of 25 to 30 kilometers per hour. On April 19-20, similar conditions will remain in Western Uttar Pradesh, Punjab, Haryana, North Rajasthan.

In its forecast for the next 5 days, the Meteorological Department has said that there may be light rain in Delhi, Haryana, Chandigarh between 19 and 22 April 2022. There is a possibility of light rain in Punjab for the next five days. Dusty winds are also likely to occur in Punjab, UP, Rajasthan, Haryana. On the other hand, there is a forecast of rain, lightning and strong winds in Bihar, Odisha, Jharkhand and Gangetic West Bengal for the next five days.