If Mohan Bhagwat stands up against PM, he would be labelled terrorist: Rahul Gandhi

Congress leader Rahul Gandhi has alleged that anyone, who opposes or stands up against Prime Minister Narendra Modi, he keeps alleging something against that person. 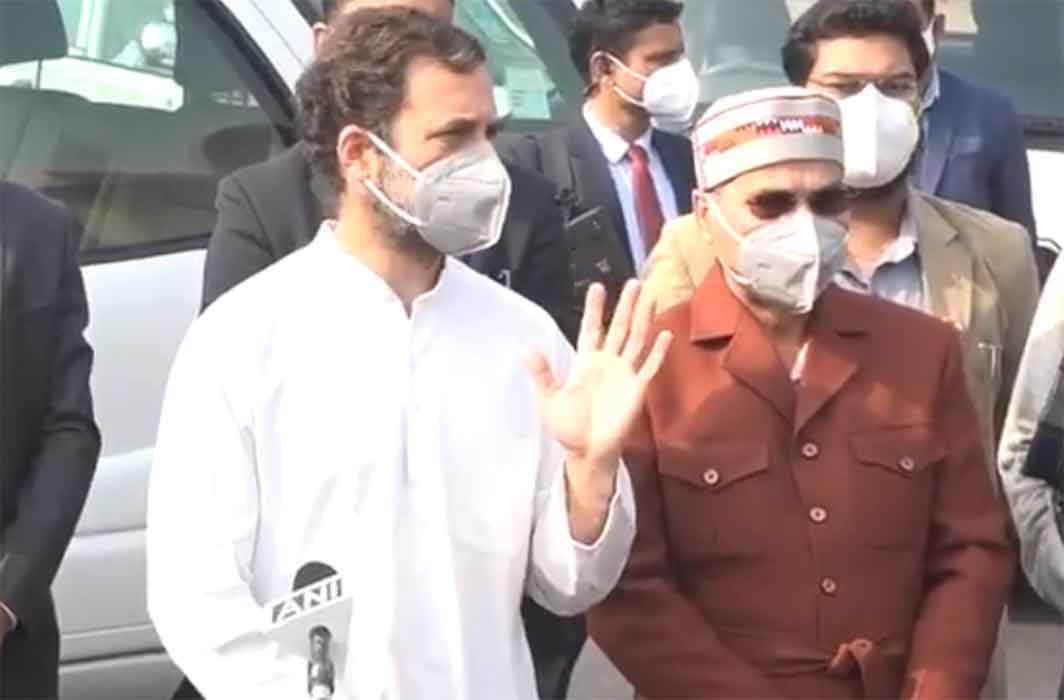 Congress leader Rahul Gandhi has alleged that anyone, who opposes or stands up against Prime Minister Narendra Modi, he keeps alleging something against that person.

Mohan Bhagwat is the head of Rashtriya Swayamsevak Sangh (RSS), a right-wing organisation with which the ruling BJP shares a close ideological and organisational link.

Gandhi also said that he met the President and handed over signatures of millions of farmers across the country who have demanded the withdrawal of the farm laws.

“I went to meet the President along with the senior leaders of the Congress Party and told him that the farm laws will incur a huge loss to the farmers and labourers,” Gandhi said.

He said that the government has assured that the law is in favour of the farmers but farmers have been opposing it.

He added, “Call the joint session of the parliament and withdraw the three laws. We all opposition parties are standing with the farmers.”

He said that the three laws have been passed in an unfair manner as the government didn’t discuss it with either the opposition parties or the farmers.

He also alleged that the PM’s aim is to create wealth for crony capitalists.

Gandhi said that the whole country is watching the plight of farmers as they are dying. “The PM will have to listen to the farmers,” he said.