The company, in vigilant attempts, investigated the market and located stocking and assembly points involved in dealing with spurious merchandise. 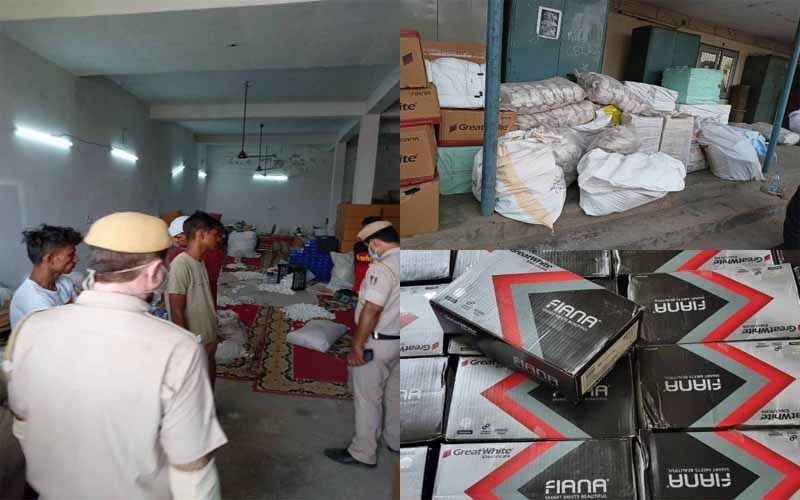 New Delhi: Ideal IPR Protection Private Limited has taken action against the stock and assemble point involved in conducting the business of counterfeit goods, in the name of well-known companies in the market. The company, in vigilant attempts, investigated the market and located stocking and assembly points involved in dealing with spurious merchandise.

The team of Ideal IPR Protection Private Limited along with Delhi Police conducted raids in the Wazirabad police station area of ​​the North district. Following the action, counterfeit products worth lakhs that were being sold in the market in the name of Great White Global Private Limited have been recovered. Police have registered an FIR and started a detailed investigation. The much-needed action is heralded as the reason for invoking fear among the manufacturers and sellers of counterfeit goods.

As per the information, Ideal IPR Protection Private Limited on behalf of Great White Global Private Limited received information that some people were involved in dealing with the counterfeit wares in the market. The agency collected this information, and afterward, the confidential particulars were shared with the office of the Deputy Commissioner of Police.

Further, based on the instructions of the Deputy Commissioner's office, ACP Timarpur, Senior Inspector Pradeep Kumar Singh along with the people of the agency raided Jagatpur village in the Wazirabad police station area. During this raid action in Delhi, Monu Kumar, who used to stock, and Raju Gupta, who worked as an assemblyman, were taken into custody from Jagatpur Village, Wazirabad, New Delhi. Many products of Great White Global Pvt Ltd have been recovered thereof.

Syed Mashkur Hussain, Director, Ideal IPR Company, says that this is a remarkable achievement and his firm will continue to ensure that not a single pair will be counterfeited and sold in the country. “We carry out our surveillance activities across the country and have been very successful in curbing counterfeit activities. Great White is among such companies that believe in serving its customers in the best possible manner, and we’re here to assist them by ensuring no one produces, indulges, and sells counterfeit products in the name of the brand, ” he added.