ICC T20 World Cup to commence on 17th October, to be held in UAE instead of India

The ICC in an official statement said, "The Board also confirmed that the BCCI will remain the hosts of the event regardless of where the event is played." 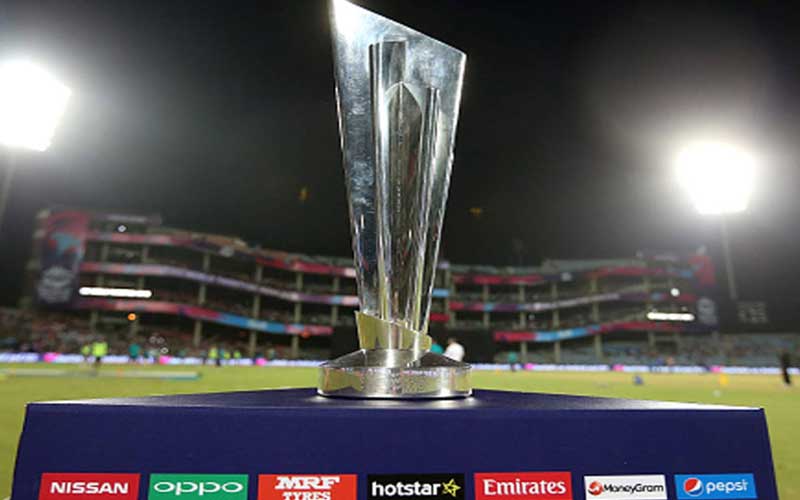 The T20 World Cup will most likely begin on October 17th in the United Arab Emirates, with the final on November 14th. In its next meeting, the Indian cricket board will notify the International Cricket Council (ICC) of its intention to move the 16-nation competition to the UAE.

Prior to the board meeting, the ICC said that the BCCI will retain hosting rights to the T20 World Cup regardless of whether it was moved out of India.

The ICC in an official statement said, "The Board also confirmed that the BCCI will remain the hosts of the event regardless of where the event is played."

The first round of the T20 World Cup will be divided into two groups and held in the UAE and Oman, according to the present proposal.

The T20 World Cup games will be held in Abu Dhabi, Sharjah, and Dubai, with the qualifications being held in Oman.

The BCCI wanted India to host the T20 World Cup, but two obstacles stood in its way. According to reports, they did not receive any tax relief from the Indian government.

The board members were advised by BCCI office bearers at a virtual conference with all state associations in attendance, a few weeks ago that moving the T20 World Cup to the UAE will save the board roughly 41% of overall profits. If the T20 World Cup is held in India, the board would be forced to pay a large tax.

In addition, the BCCI was unsure how eager international players would be to return to India after the IPL was halted mid-way because to Covid-19 instances in the bio-bubble.

The ICC gave BCCI till the end of June to make a decision on whether India will be qualified to host the T20 World Cup.

The ICC postponed the 2020 World Cup, which was initially planned to be hosted in Australia, because of the Covid-19 outbreak, it was agreed by the cricketing body that India should host the tournament in 2021, with Australia organizing the 2022 edition.