IAS Athar Amir Khan got married for the second time

IAS Athar Amir Khan, the commissioner of Srinagar Municipal Corporation and former husband of UPSC topper Tina Dabi, is once again in the headlines. This time because of his second marriage. 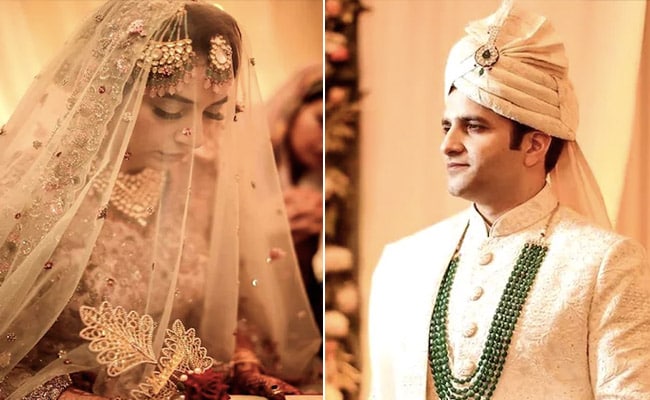 IAS Athar Amir Khan has once again tied the knot for the second time. This time he has married Dr. Mehreen Qazi, a resident of Kashmir. The wedding rituals of Athar Aamir and Mehreen Qazi had started some time back and finally both of them got married (IAS Athar amir khan and Dr. Mehreen Qazi wedding).

IAS Athar Amir Khan, the commissioner of Srinagar Municipal Corporation and former husband of UPSC topper Tina Dabi, is once again in the headlines. This time because of his second marriage. Recently, he has been surrounded by congratulation after sharing the information and pictures of his engagement on the social media platform Instagram. Now the video of their wedding is attracting the attention of the people. Athar Aamir Khan and Mehreen Qazi's happiness can be gauged by looking at the video of their wedding that surfaced recently.

IAS Athar Aamir Khan was looking amazing in his second marriage. On this special occasion, he and his bride wore specially designed clothes, in which both of them were being made on sight. Athar Aamir Khan was wearing a cream colored sherwani at the time of marriage, with which he carried a matching stall. At the same time, there was a green garland around the neck and a cream colored turban on the head. Similarly, Mehreen Kazi was wearing a lehenga-choli with heli embroidered. Along with this, Mehreen wore matching Kundan jewelery and a heavy necklace around her neck, which was adding to her beauty.

Earlier, IAS Athar Aamir Khan, who was ranked All India No.-2 in the IAS exam, had first married IAS No.-1 rack holder Tina Dabi, but later both of them also separated by mutual consent. . After some time Tina Dabi married a senior IAS from Rajasthan. Now in the same way, once again IAS Athar Aamir Khan has done the second marriage with Dr. Mehreen Qazi, who is a Scientific Officer in Delhi's Rajiv Gandhi Cancer Institute and Research Center Delhi.