The MiG-21 has been involved in three accidents thus far, this year. 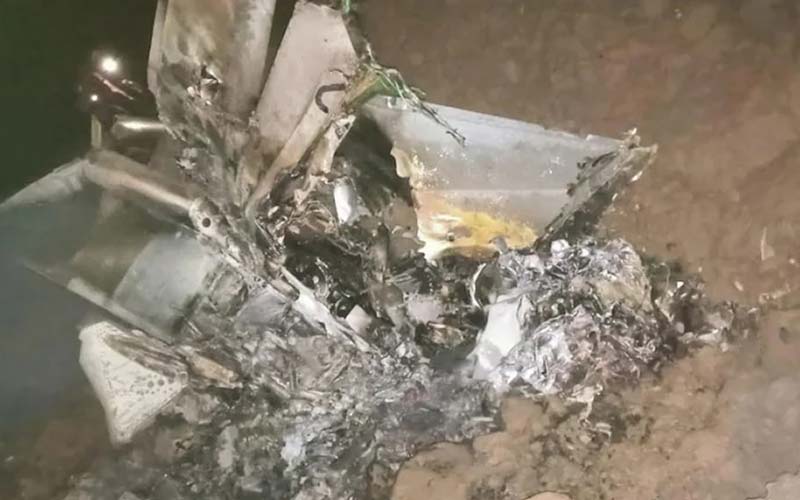 The fatal accident occurred about 1 a.m. on Friday when an IAF Mig-21 crashed in Baghapurana's Langiana Khurd village, in Moga. According to air force officials, the IAF aircraft was on a scheduled training sortie when the crash occurred.

In a statement released by the IAF, it was informed that Squadron Leader Abhinav Choudhary succumbed to injuries following the tragic accident with the MiG-21 Bison aircraft.

"There was an aircraft accident last night involving a Bison aircraft of IAF in the western sector. The pilot, Sqn Ldr Abhinav Choudhary, sustained fatal injuries. IAF condoles the tragic loss and stands firmly with the bereaved family," the IAF posted on their Twitter handle.

IAF further informed about a Court of Inquiry (CoI) being directed to investigate the incident's cause.

The MiG-21 has been involved in three accidents thus far, this year.

The IAF's backbone is the single-engine, single-seater multirole fighter/ground attack aircraft of Russian heritage. It can reach a top speed of 2,230 km/hr (Mach 2.1) and is equipped with a 23 mm twin barrel cannon and four R-60 close combat missiles.

Captain A Gupta of the Air Force Group passed away in March when his plane took off for a military training flight.

In January of this year, the Indian Air Force confirmed a MiG-21 aircraft crash near Suratgarh, Rajasthan. During a training sortie in the western area, the aircraft developed a significant technical failure, according to the IAF.