Defence Minister Rajnath Singh and Florence Parly, Minister of the Armed Forces of France, were the Chief Guest for the event. Singh congratulated 17 Squadron for achieving this feat. 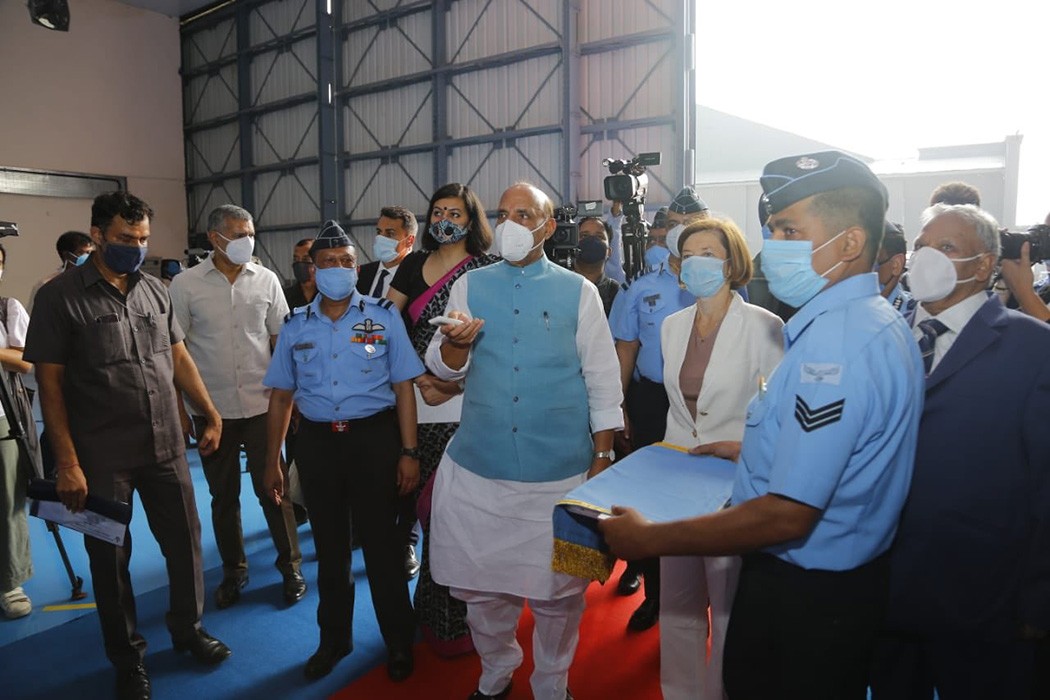 Defence Minister Rajnath Singh and Florence Parly, Minister of the Armed Forces of France, were the Chief Guest for the event. Singh congratulated 17 Squadron for achieving this feat.

Chief of Defence Staff General Bipin Rawat, Chief of the Air Staff Air Chief Marshal RKS Bhadauria, Defence Secretary Dr Ajay Kumar, Dr G Satheesh Reddy, Secretary Department of Defence R&D and Chairman DRDO along with other senior officers of Ministry of Defence and Armed Forces were present to mark a very important milestone in the history of the IAF.

The French delegation was represented by Emmanuel Lenain Ambassador of France to India, Air General Eric Autellet, Vice Chief of the Air Staff of the French Air Force and other senior officials.

A large delegation of senior functionaries of French Defence Industries which included Eric Trappier Chairman and Chief Executive of Dassault Aviation and Eric Beranger, CEO, MBDA were present during the ceremony.

Florence Parly Minister of the Armed Forces of France was given a ceremonial Guard of Honour on arrival at Delhi.

At Ambala the program witnessed ceremonial unveiling of the Rafale aircraft, a traditional ‘Sarva Dharma Puja’, Air Display by Rafale and Tejas aircraft as well as by ‘Sarang Aerobatic Team’.

Afterwards, a traditional water cannon salute was given to the Rafale aircraft. The programme culminated with the ceremonial induction of Rafale aircraft to 17 Squadron.