The extended range was reported to be increased from 290 km to 350 km. The successful test in May was the first instance in which the missile was test-fired from a Su-30MKI fighter jet. 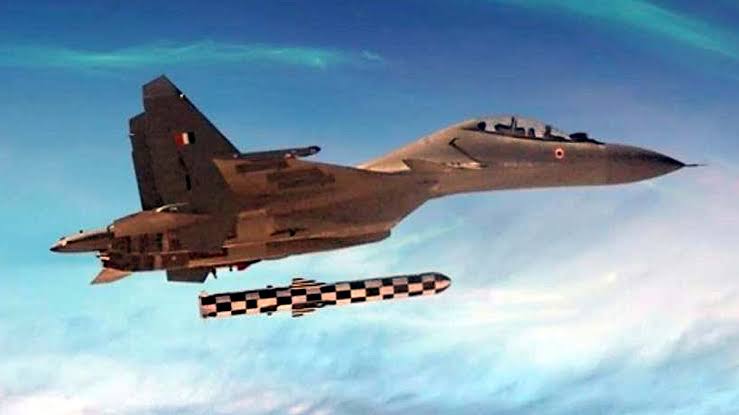 The Indian Air Force on Thursday successfully test-fired the extended range version of the BrahMos missile from a Su-30 MKI fighter jet. In a statement issued by the Ministry of Defense, it has been said that the Indian Air Force has achieved the ability to conduct precision strikes against land/sea targets at long ranges from Sukhoi-30 fighter jets. This test has been done in the Bay of Bengal. The statement said that the extended range capability of the missile has been increased by meeting with the SU-30MKI aircraft. This success has given a strategic reach to the Indian Air Force.

BrahMos supersonic cruise missile has a two-stage solid propellant booster engine as the first stage which takes it to supersonic speed. The second stage is a liquid ramjet engine that propels it to Mach 3 (three times the speed of sound) in the cruise phase. The Air Force, Indian Navy, Defense Research and Development Organization (DRDO), Hindustan Aeronautics Limited (HAL) and BrahMos Aerospace worked together to complete this plan.