"I have come to open a shop of love in the market of hatred ", says Rahul Gandhi as 'Bharat Jodo' reaches Delhi

Prime Minister, this mass gathering coming towards Delhi is against inflation, unemployment, and hatred. We understand the pain of the public, that's why we are giving ₹ 500 gas cylinder, government job, and free treatment says, Gandhi 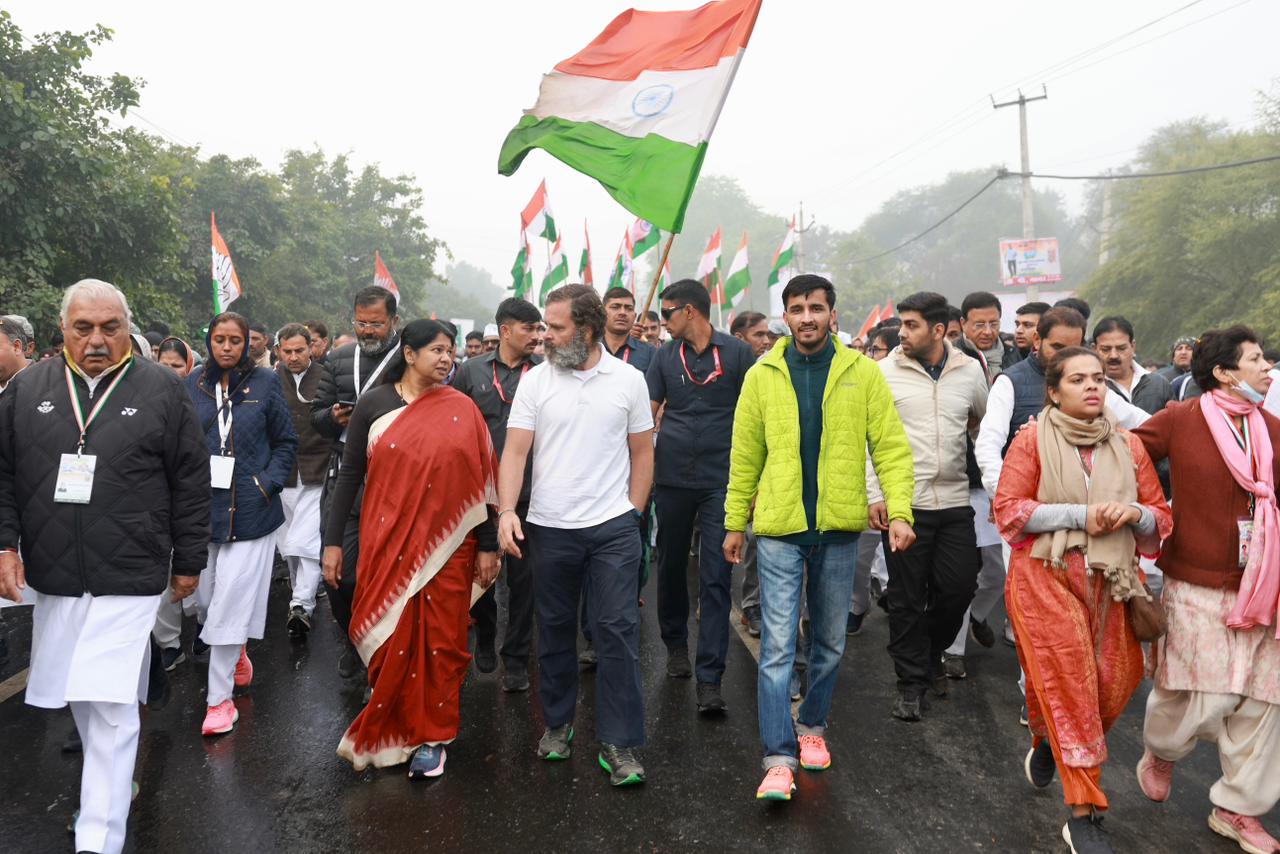 Congress' Bharat Jodo Yatra has entered Delhi today, and Rahul Gandhi himself is leading this yatra. After reaching the Delhi leg of the Bharat Jodo Yatra, Rahul Gandhi said I have come to open a shop of love in the market of hatred, you also open a small shop of your love. Chosen people are spreading hatred. The poor, and the farmers are all walking holding hands. We have covered more than 3000 km. You ask whether anyone's religion or religion was asked here in this journey.

With this, he said that there is only love and respect here, our journey is against unemployment and inflation. Our journey is against hate. We make one Indian hug another Indian. Looking at my face, it seems that I have walked 3000 km? But I do not get tired, you have given me your power. This yatra led by Rahul Gandhi is garnering a lot of headlines across the country.

Rahul Gandhi also targeted the government on Thursday, saying that it was looking for "excuses" to stop the yatra from Kanyakumari to Kashmir. The yatra is currently in Haryana and will enter the national capital Delhi on Saturday. Addressing a public meeting on Friday evening, he said, “Now, the (Union) Health Minister is writing me a letter that Kovid is back, stop the yatra. In the rest of India, BJP can do as many public meetings as it wants, but where 'Bharat Jodo Yatra' is going on, there is Corona and Kovid.