Well to be fair, Akshay Kumar isn't doing it alone, he has Shah Rukh Khan and Ajay Devgan as accomplices. 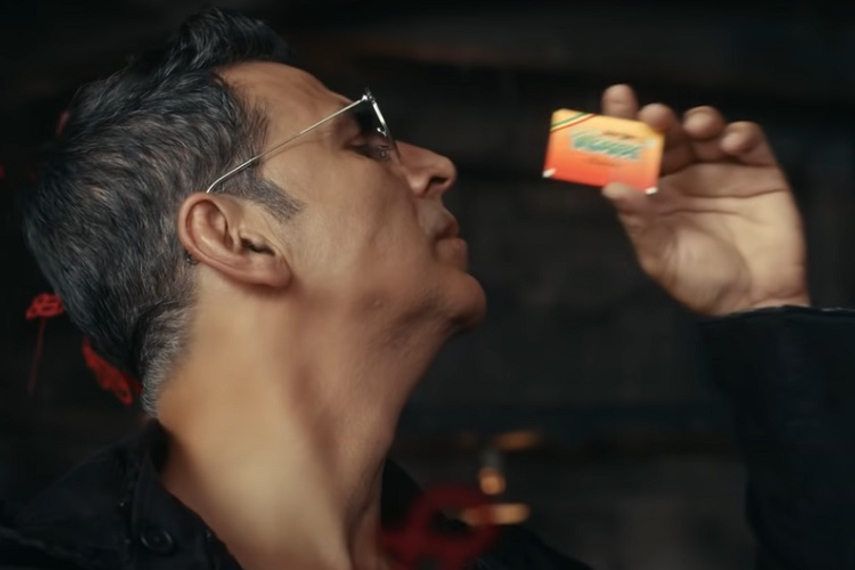 In an interview in the year 2018, Bollywood Actor Akshay Kumar’s words were, “ I get tremendous offers where giants and tycoon Pan Masala companies offer me exorbitant sums of money, but it’s not about money. I believe in the concept of “Healthy India”, and I would never ever indulge in any such advertisement and be a wrong influence.” Comes 2022, and Khiladi Kumar is a part of “Kesari” Pan Masala along with Iconic Peers Shahrukh Khan, and Ajay Devgan. The advertisement starts with Shahrukh Khan and Ajay Devgan driving their way of finding out a “New Player”, who happens to be Akshay Kumar. Guess what all three of them have in common, consumption of “Vimal Kesari”.

Turns out Reel Life Heroes and the Real Life Heroes aren’t synonymous, heralds the fans of the actor across Social Media. “With the cost of a cigarette, you can buy two lives” chimes in our ears while Khiladi Kumar makes crores with an advertisement. Of course, refusing a whopping amount is no cakewalk, but what has bothered the fans is Akshay’s indulgence in something he had always been so vocal and against.

The advertisement, which was released on YouTube three days ago, baffled Akshay’s fandom. Twitter was filled with tremendous memes centered around Kumar.