More than 100 million people remain outside the government’s public distribution system because coverage is calculated on outdated census data. 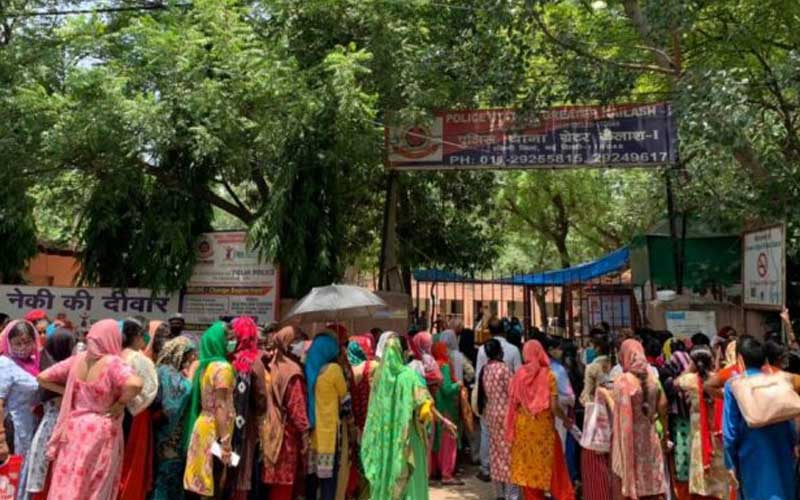 “I can’t sleep at nights,” said Chanchal Devi from her home in Lal Gumbad Basti, a neighborhood of migrant workers about 20 minutes away from the nation’s parliament. “I’m so tired of worrying about arranging the next meal.”

Her nightmare began in March 2020 as New delhi went in lockdown. The distress of the family deepened after this April due to a surge in Covid-19 infections. They’re now borrowing money to buy food and must watch their school-aged kids eat less, often going to bed on often going to bed on empty stomachs.

Families like Chanchal’s two wage earners with some savings, living in rented accommodation are among thousands of Indians who saw their economic standing ripped away in lockdowns over the last 12 months. More than 15 million Indians lost their jobs in May alone at the height of a devastating wave that overwhelmed hospitals and crematoriums, according to the Centre for Monitoring the Indian Economy.

According to a study by the Azim Premji University in Bangalore. “An alarming 90% of respondents” reported “that their households had suffered a reduction in food intake as a result of the lockdown,” the study said.

The government is required by law to provide five kilograms (11 pounds) of rice, wheat and coarse grains at subsidized rates as low as one rupee per kilogram to India’s poorest each month.

Despite schemes, both Central and State governments have struggled to deliver food to the poor. More than 100 million people remain outside the government’s public distribution system because coverage is calculated on outdated census data, according to a study last year by economists Reetika Khera, Meghana Mungikar and Jean Dreze.

In a nation that already accounts for nearly a third of the world’s malnourished people, the pandemic has caused an increase in hunger, particularly in urban areas.

“Last year it was mostly migrant workers, but this year we’ve been seeing people from the middle-class line up for help,” Shetty said. India’s middle class, defined as those with incomes between $10 and $20 per day, shrunk by 32 million during the 2020 recession amid the pandemic, according to Pew Research Center.