Hum Do Hamare Do, and more 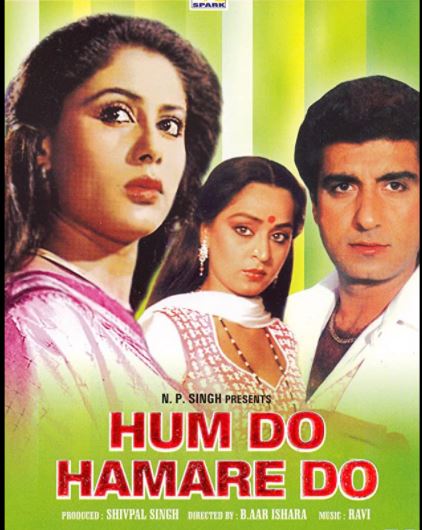 Ever since Congress leader Rahul Gandhi took a jibe allegedly at the Prime Minister Narendra Modi and Home Minister Amit Shah, Industrialist Ambani and Adani -- saying only four people are running the country today – "hum do hamare do" – the fun crackers of the nations had a field day.

Let us go back in time a bit, to know what does "hum do hamare do" mean, and how it became a fun slogan apart from a serious affair in the whole of the country.

"Hum do hamare do" was a slogan, given by the former Prime Minister Indira Gandhi, Rahul Gandhi’s grandmother, as a part of national-wide family planning campaign launched in the year 1952. The slogan that meant parents should have just two children to rear them up better under the financial circumstances of their families and the nation’s financial health. It was directly aimed at aiding the population control in the country. This became world’s first such slogan for a family planning and became the talk at the global level. India largely followed it to the hilt, while families with more than two children were poked fun at too, resultantly. The launch became quite successful in the consecutive years while it also received immense flak from religious leaders of different communities in India.

Notably, nearly 20 years later, in 1970, Indonesia coined the slogan “Dua Anak Cukup”, meaning “two children are enough” on the lines of "hum do hamare do", to reportedly, a huge success as compared to India as it involved its religious leaders to make their rural population understand its benefits.

The slogan was often funnily used by the youth in India especially unmarried ones. Often when two people in love used to fight, they were poked fun at with an additional sentence in the seventies – “Hum do hamare do, jaldi ho to chor do" (we two ours’ two, but if you are in a hurry, leave the queue).

Notably, nearly 34 years later, a Hindi film titled 'Hum Do Hamare Do' was released on 1984, starring Raj Babbar, Smita Patil, Rohini Hattangdi and Shoma Aanad etc. The film directed and penned by B. R. Ishara, mirrors the dream of a young Babbar and Patil to marry and have two children but faced by financial issues and six step sisters, Babbar refuses to marry. Overhearing his responsibilities, his mother decides to poison his six step sisters to solve the problem. The film obliquely highlighted the issues of having more children and responsibilities thereof, under tough circumstances which lead to permanent mental scars on all the family members.

In 2013, a song with the title 'Hum do hamare do' came up in the film Jurm starring Vinod Khanna and Meenakshi. The romantic song shows Khanna insisting his wife Meenakshi for one more child, as they have one school going kid, keeping the wife busy enough. The song was reasonably popular followed by its most famous number 'Jab Koi Baat Bigad Jaye' one.

The slogan had its own share of controversies in India, courtesy Sakshi Maharaj, a religious and political leader, known for his Islamophobic views. This suspended BJP MP from Unnao had warned the Hindu Bharatiya naris (women) to produce at least four children to protect Hinduism as their numbers were dwindling and those of Muslims were increasing, according to him. While making a clarion call to the Hindus, he had allegedly said the slogan of 'Hum do hamare do' wasn’t followed by Muslims and it is hence the duty of the Hindu women to produce more children to save their identity and name.

This slogan, however, is now reliving a new identity these days, courtesy Indian polity.