The Indian monsoon is a much-anticipated event around the world. It's an event that's closely followed around the world, notably by stock and commodity market participants. Its fortunes are inextricably linked to the fortunes of Indian agriculture and the banking system. 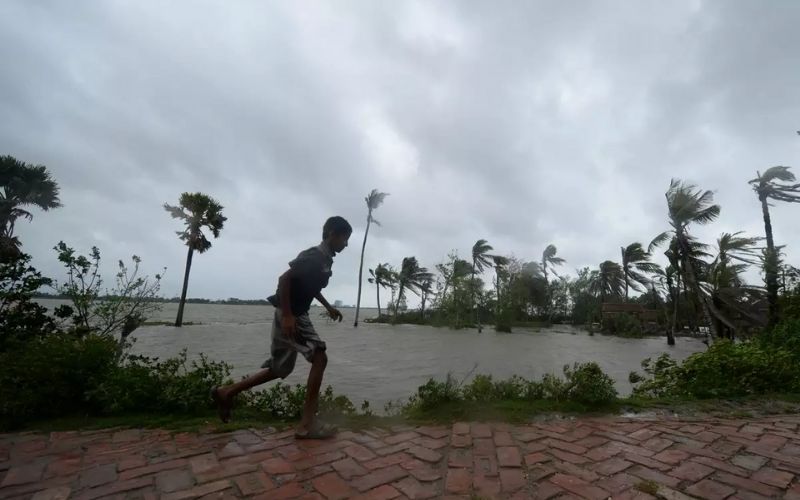 The Indian monsoon is a much-anticipated event around the world. It's an event that's closely followed around the world, notably by stock and commodity market participants. Its fortunes are inextricably linked to the fortunes of Indian agriculture and the banking system.

Pre-monsoon (March-May), monsoon (June-September), post-monsoon (October-December), and winter (January-February) are the four seasons that occur in the country. The monsoon and post-monsoon periods are particularly important, since we now have the South-West monsoon from June to September and the North-East monsoon from October to December.

Since it accounts for over 75% of the nation's average total rainfall of roughly 1,200mm, the South-West monsoon is critical for successful agricultural production. Last year, India received 954 mm of rain during the South-West monsoon, compared to a long-term average of 877 mm. In 2019-20, India received above-average rainfall, which aided in the production of food crops.

The South-West Monsoon, which has been delayed by a few days this year, usually arrives on June 1st from Kerala and causes havoc in Jammu and Kashmir. It's critical for food crops like rice, coarse cereals, and pulses, as rainwater irrigates 48% of the land beneath these crops. Furthermore, rainwater may be used to irrigate 68 % of the land beneath non-food crops.

During the South-West monsoon, the months of June-August are critical for the nation's total rainfall. During these three months, over 500 mm of rain has fallen.

The South-West monsoon does not arrive in full force around June 1. Rather it has arrived a week earlier on occasion, and it has been delayed by up to a fortnight on most times.

The South-West monsoon is critical for agricultural manufacturing in the country since output in the Kharif season – which is the opposite of Rabi – is dependent on it. The Kharif, or summer crop season, begins with sowing in June and ends with harvest in October.

In certain ways, the South-West Monsoon also influences the progress of the Rabi crop, with sowing beginning in November and harvesting in March and April. This is because, in addition to increased soil moisture, a good rainfall during the South-West monsoon leaves adequate water in the nation's critical reservoirs.

Since the 2017-18 season, Rabi foodgrain manufacturing has eclipsed Kharif foodgrain output, according to the Ministry of Agriculture and Farmers Welfare (June-July). A closer examination of the data reveals that Rabi foodgrain production has been boosted primarily by output in wheat, a distinctive Rabi crop, which has consistently exceeded 90 million tonnes since 2011-12. Wheat production has surpassed 100 million tonnes since 2018-19.

The monsoon has been under increased scrutiny in recent years as one or both of the major states have reported both decreased and increased rainfall. In reality, unseasonal rainfall has been causing problems, particularly for horticultural crops such as onion and potato.

Although IMD may predict a monsoon event on a general basis, there may be complications since one of the 36 meteorological subdivisions may require insufficient rainfall.

On the other hand, IMD considers even 16% of low rainfall to be normal. For example, some parts of the country, such as parts of Madhya Pradesh, Rajasthan, eastern Uttar Pradesh, and West Bengal, received seven to fifteen percent less rainfall in the previous year, but the IMD classified it as normal rainfall. For good agricultural manufacturing, India requires more than just a regular monsoon. It desires consistent and widespread rainfall across the country.

Furthermore, a monsoon that is classified as regular due to strong rainfall in September may not benefit the country, as poor rains in July and August may deprive crops of water. Fine rains in September add the benefit of increasing soil moisture for the Rabi season.

Good rains during September and October have aided the production of Rabi crops. Pre-monsoon rains are also crucial as they increase soil moisture, which is a critical component for better crop prospects.

Together with the two cyclones – Taktaeu and Yaas – we've had good pre-monsoon rainfall this year that has produced good soil moisture, which should help in agricultural manufacturing if the monsoon will be as good as forecast.

However, pre-monsoon rains that fail can wreak havoc on the production of cash crops like espresso, cardamom, and pepper, as well as summer crops like groundnut and legumes. It may also impact soil moisture, which could influence sowing activities.

Conversely, the abundant South-West monsoon benefits related industries such as dairy, livestock, and poultry, which rely on agriculture crops for feed and fodder.

According to the 2018-19 Interval Labour Drive Survey, agriculture is the primary source of income for 50% of farm households. In addition, according to 2018-19 data, the agriculture industry provides 16% of the national GDP.

According to data from the World Financial Institution, agriculture accounted for 43% of total employment in the country in 2017. This is a significant decline from 1991, when it contributed 64%.

With a good crop and a high monetary worth, the farmer may have some extra income to spend. And as a result, the rural finance system will increase. When demand comes in in the rural economy, it lights up the entire economy, increases industrial manufacturing, creates more jobs, and keeps the markets alive and well.

This year's monsoon is expected to be average, according to the IMD and personal forecaster Skymet. By October, we'll know how the monsoon has fared and what effect it will have on the country's financial system.