Some tourists were discovered smoking hookah at Har-ki-Pauri. The cops have taken them into custody. 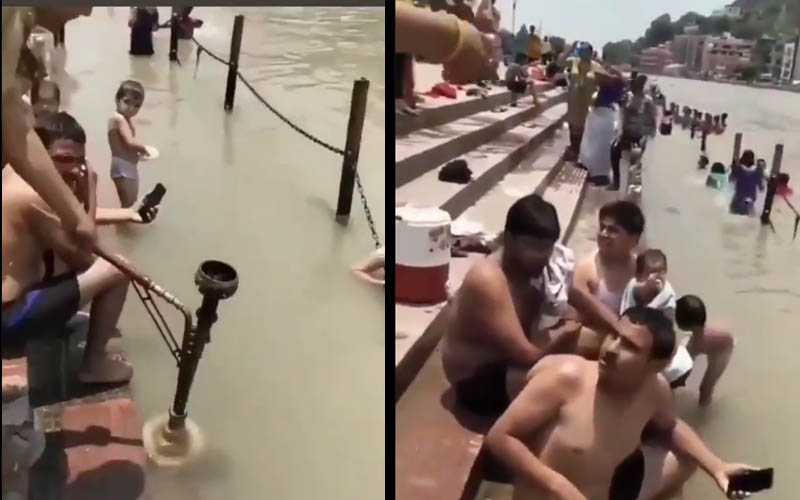 Six tourists from Haryana and Uttar Pradesh were arrested by Haridwar city police on Thursday for smoking hookah in Har Ki Pauri. Locals immediately noticed the visitors and snatched their hookah pots before handing them over to the cops. Har Ki Pauri is a well-known ghat on the Ganga's banks in Haridwar, Uttarakhand. Hindus consider it to be particularly fortunate because it means "God's steps."

“The incident (several persons smoking hookah at Har Ki Pauri) happened yesterday (July 7) and we've detained 6 tourists,” said the SP City Haridwar. A case has been filed, and an investigation is underway. We also want to send a message that such behavior will not be tolerated here.

On Wednesday night, the local police had arrested two visitors for smoking hookah at Rishikul ghat. Under the Disaster Management Act of 2005, a charge was filed against Himanshu Wadhwa of Delhi's Rohini sector 20 and Jitendra Kumar of Kasganj, Uttar Pradesh.

According to the cops, the two were having a birthday celebration at the ghat by dancing to Bollywood tunes and smoking hookah.

In response to such events, the Ganga Sabha, Haridwar's apex body of priests, has requested harsh action. They've also stated that, with the cooperation of locals, they'll organize ghat committees to educate pilgrims and tourists about their obligations.