Union Home Minister Amit Shah met with BCCI chief Sourav Ganguly and had dinner with him at his residence in Kolkata, West Bengal 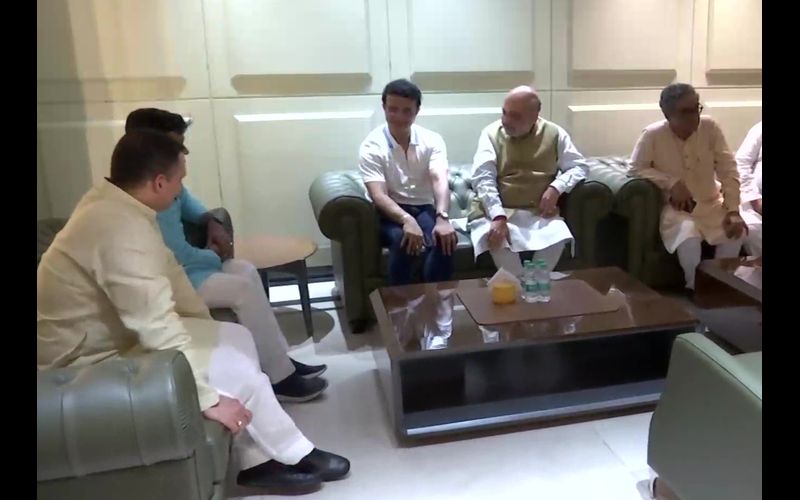 Home Minister Amit Shah met Board of Control for Cricket in India (BCCI) President Sourav Ganguly on Friday. Shah had reached the dinner at Ganguly's residence in Kolkata. After this meeting of both, it was speculated that Ganguly might join the Bharatiya Janata Party (BJP). There was talk of this last year also, but then Ganguly refused to join the BJP.

After meeting Shah, Ganguly called it a courtesy call. He said that Amit Shah has known him for a long time. He has only come to meet. Along with Shah, Suvendu Adhikari, who defeated Chief Minister Mamata Banerjee in Nandigram, was also present.

According to media reports, Amit Shah himself had expressed his desire to go to Sourav Ganguly's house. After that, there was talk of eating. Both sides are not calling it a political meeting. Despite this, discussions have started in the corridors of politics, as the BJP wanted to project Sourav Ganguly as the chief minister's face in the assembly elections.

Amit Shah is in Bengal for two days. He fiercely attacked the Mamta government in a public meeting. Shah asked questions Mamta regarding the law and order situation in the state and the attack on BJP workers. On the other hand, when Mamta Banerjee was asked about Ganguly and Shah's meeting at Trinamool Bhavan in Kolkata, she said, "If the Home Minister wants to go to Sourav's house, then where is the problem? I will ask Saurabh to feed him Mishti curd."