Amit Shah said that the Center is committed to peace and development in the Northeast. "The youth of the Northeast no longer carry guns and petrol bombs. 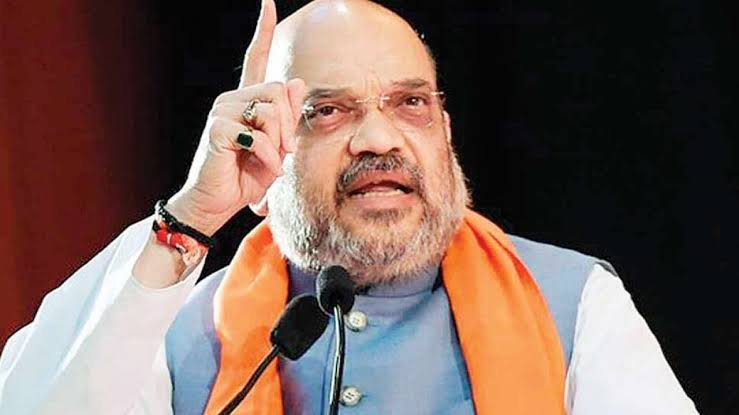 Union Home Minister Amit Shah is currently on a two-day visit to Arunachal Pradesh. He reached Namsai district on Sunday, the second day of his tour. Here he inaugurated and laid the foundation stone of various development projects worth Rs 1000 crore. Shah said that the BJP government under the leadership of PM Modi will always stand with Arunachal.

During this, Union Home Minister Amit Shah targeted the Congress and said that Congress leaders ask what happened in 8 years? These people are waking up with their eyes closed. Rahul baba should remove his Italian glasses and see the development work done by PM Modi and CM Pema Khandu.

Home Minister Amit Shah, who is on a two-day visit to Arunachal Pradesh, attended the Golden Jubilee celebrations of Ramakrishna Mission School, Narottam Nagar in Tirap district on Saturday. During this, he said that the inter-state border dispute between Arunachal Pradesh and Assam is likely to be resolved this year. He also said that the effort of the government is to make the entire Northeast militancy free. In the eight years since the formation of the government under the leadership of Prime Minister Narendra Modi at the Centre, 9,000 militants have surrendered in the Northeast.