After an altercation between farmers and police on May 16 during Haryana chief minister Manohar Lal Khattar's visit to inaugurate a Covid hospital, the government will withdraw charges against over 350 farmers. 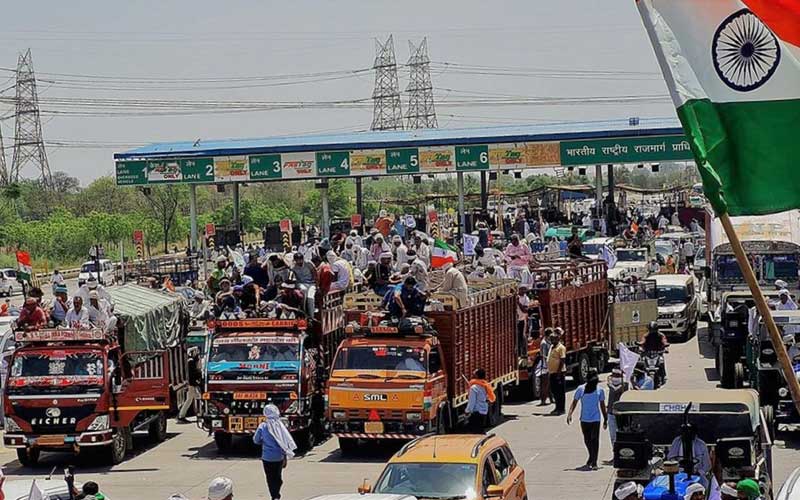 After an altercation between farmers and police on 16th May following Haryana chief minister Manohar Lal Khattar's visit to inaugurate a Covid hospital, the Hisar administration decided on Monday to drop charges against over 350 farmers.

Thousands of farmers, including women and youths, began gathering on the outskirts of Hisar on Monday morning to launch a protest march in front of the divisional commissioner's office. The farmers then proceeded to Krantiman Park, where one of the farmers, Ram Chander Kharab of Uglana village, died of a heart attack.

Farmers were stopped from moving by anti-riot vehicles and a wall, and the demonstration ended peacefully. In the district, no untoward incidents have been registered.

The farmers' march was halted near the commissioner's office at Fawara Chowk, and the district administration welcomed a 26-member farmer delegation to meet with them.

Furthermore, Tikait led the rally and his SUV was at the front of the line during the protest march to prevent any mishaps.

Following the meeting with the district administration, Tikait stated that the administration has decided to cancel the cases filed against peasants in connection with the May 16 incident and will pursue legal action to get the cases dismissed.

“Within a month, it was decided to withdraw cases. We will launch a ‘pucca morcha' here if the Hisar administration wants to deceive us again,” he added.

“The administration has agreed to our demand that the kin of Ram Chander, who died of a heart attack during the march, be given government jobs. On May 26, we will mark the six-month anniversary of the farm unrest with a black day. He added, "the government should recognise our demands and break this impasse."

Tikait claimed that while 12 opposition parties publicly supported them, none of them sat in the tents during the agitation.

The administration and farmers have decided to remove the cases against farmers within a month, according to Hisar SDM Jagdeep Singh. “We have decided to provide a job at DC cost to a member of the deceased farmer's family,” the SDM said.