Shankaracharya went to jail after participating in the freedom struggle. He also fought a long legal battle for the construction of Ram temple. Recently, on the day of Teeja, Swamiji's 99th birthday was celebrated. 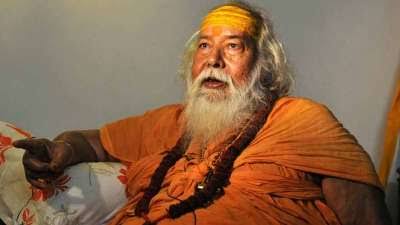 At the young age of nine, Jagadguru Shankaracharya Shri Swami Swaroopanand Saraswati had left home and started religious pilgrimages. During this he reached Kashi and here he learned Brahmalin Sri Swami Karpatri Maharaj Veda-Vedang and scriptures. This was the time when the country was fighting against the British. There were agitations in the country. When Gandhiji gave the slogan of Quit India in 1942, he also jumped into the freedom struggle. At that time his age was 19 years old. At this age he was recognized as a 'revolutionary sadhu'. During this, he also spent nine months in the jail of Varanasi and six months in the jail of his home state Madhya Pradesh.

His birthday is celebrated on the day of Hariyali Teej. His birthday has passed just a few days ago. Top Congress leaders had congratulated him on his birthday. Congress leader Digvijay Singh had said that our revered Gurudev, the flag bearer of Sanatan Dharma, Anant Shri Vibhushit Jagatguru Shankaracharya Swami Swaroopanand Saraswati Ji Maharaj's heartfelt wishes to him on his appearance day. May Maharajshree be the source of inspiration for all of us, stay healthy and have a long life, this is the prayer to Mata Raj Rajeshwari.