Recently, Assam CM Himanta Biswa Sarma talked about the Uniform Civil Code and said that everyone wants UCC. No Muslim woman wants her husband to bring home 3 other wives. 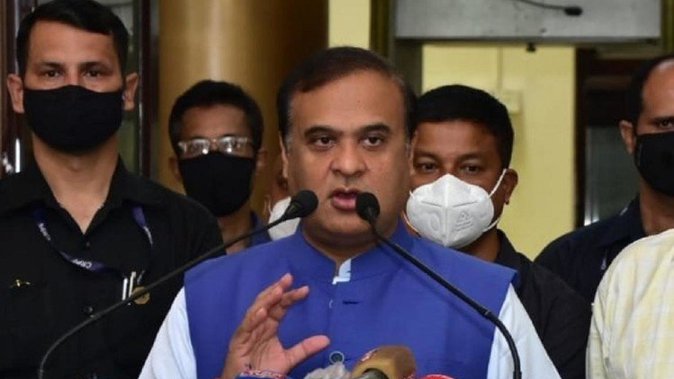 Assam CM Himanta Biswa Sarma talked about the Uniform Civil Code on Saturday. He said that everyone wants UCC. No Muslim woman wants her husband to bring home 3 other wives. If you ask any Muslim woman, she will have the same answer. She said that UCC is not my issue, it is the issue of all Muslim women. If they want to give justice, then after abolishing triple talaq, now Uniform Civil Code will have to be brought.

He said, "Everybody wants UCC. No Muslim woman wants her husband to bring home 3 other wives. Ask any Muslim woman. UCC is not my issue, it is an issue for all Muslim women. If they are to be given justice, after the scrapping of Triple Talaq, UCC will have to be brought."

He further said that the Muslim community in Assam has one religion, but two different sections of culture and origin. One of them is a native of Assam and has no history of migration in the last 200 years. That class wants that they should not be mixed with displaced Muslims and they should be given a separate identity.

He said that for this a sub-committee was formed and submitted the report, but all this is the report of the committee. The government has not yet taken any decision on this. It will decide in the future who is an indigenous Muslim and who is an expatriate Muslim. There is no opposition to this in Assam. They know the difference, it has to be made official. When Assam CM Himanta Biswa Sarma was asked about his previous meeting with Arunachal CM on the issue of state boundary, he said that the meeting has already taken place in Delhi. Now a district committee has to be formed. It will hit the ground in the next 2 months and then we will start solving this issue village to village.