Hi-tech method of copying: Fitted the setup of the mobile phone in the mask, including the camera, sim card and battery

The written examination was held on Friday for the recruitment of police constables in Pune and Pimpri-Chinchwad city. During this exam, a hi-tech Munnabhai i.e. copycat was caught by the police before going to the examination center. 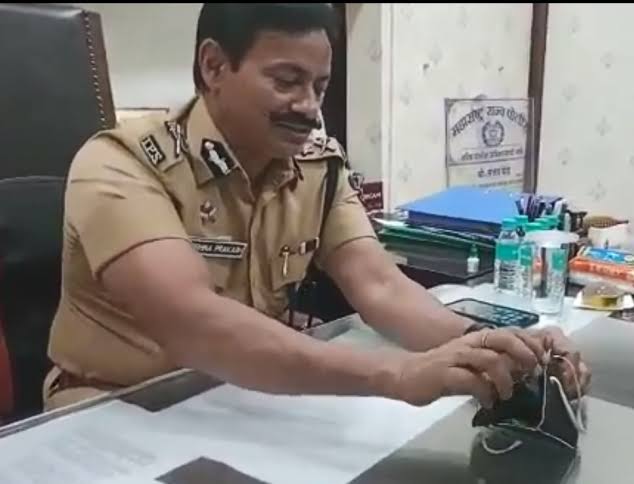 The written examination was held on Friday for the recruitment of police constables in Pune and Pimpri-Chinchwad city. During this exam, a hi-tech Munnabhai i.e. copycat was caught by the police before going to the examination center. It came with a hearing device inside the mask. A battery, a camera and a SIM card set were inbuilt in this device. However, he ran away on the pretext of bringing the photo. At present, his search is on.

The incident is from the Blue Rich Center of Hinjewadi. Pimpri Chinchwad Police Commissioner Krishna Prakash said that on Friday, a written examination was conducted at 80 centers for the recruitment of 720 police constables. A large number of police personnel were deployed outside each centre. Around 1.89 lakh candidates had appeared in this exam.

The commissioner said that we had formed a separate squad to prevent such disturbances. This squad was also shooting his videos along with checking and during this time we caught a hi-tech Munnabhai. Seeing the mask, a constable standing on the spot for checking got suspicious and the accused was stopped.

Police Commissioner Krishna Prakash said that we are very close to the accused. He has been identified by the SIM card in the mask. We want him to surrender so that his sentence can be reduced. A SIM card, battery and camera have been found inside the mask. Looking at it, it seems that it would send its pictures out during the exam and then from there the solver would tell the answer in its ear. At present, this is the first time that such a device has been fitted in a mask.