Hemant Soren leaves for Chhattisgarh with all MLAs, political crisis deepens in Jharkhand

After the decision of the Election Commission, these MLAs can be taken to Chhattisgarh if needed. But now there is information that even before the decision came, Hemant Soren has left for Chhattisgarh with the MLAs. 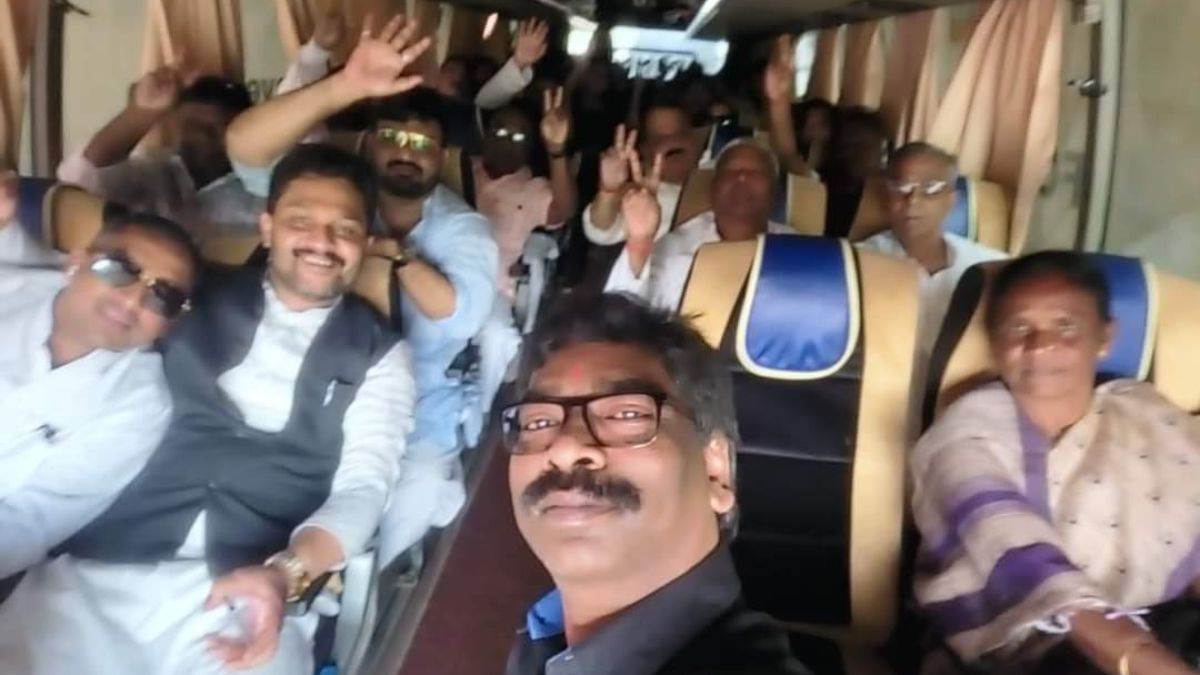 It is becoming clear from this activities of Chief Minister Hemant Soren that there is also a possibility of sabotage of MLAs in Jharkhand. BJP MP Nishikant Dubey had claimed a day earlier that Hemant Soren had only 36 MLAs. He will not be able to manage the remaining MLAs till Qayamat. He made this claim on the claim of JMM that it has the support letter of 50 MLAs. Now Nishikant Dubey has tweeted that his claim seems to be proved true.

Congress MLA Deepika Pandey's car trunk opened while entering the Chief Minister's residence. In this briefcase and many bottles of water were seen. Media people started questioning the MLA about it. MLA Deepika Pandey also got angry on this. After this information started coming that Congress and JMM MLAs have been called to the Chief Minister's residence with full preparation. After the decision of the Election Commission, these MLAs can be taken to Chhattisgarh if needed. But now there is information that even before the decision came, Hemant Soren has left for Chhattisgarh with the MLAs.

It is to be known that on Friday, BJP MP Dr Nishikant Dubey had tweeted that JMM and Congress MLAs are being taken to Chhattisgarh. But till late evening no such exercise was seen from Hemant Soren's side. At night, all the MLAs reached the Chief Minister's residence for food. Their meeting continued. This Saturday morning Congress Legislature Party leader Alamgir Alam also claimed that no MLA is going anywhere. All the MLAs have been asked to stay in Ranchi. All the leaders of both the parties are upset due to the rumor about the take-out.