Helium-filled in balloon found from solar eclipse: Here's Everything You Need To Know About The Solar Eclipse

On October 25, just a day after Diwali, i.e. today there is a solar eclipse. Many people consider it inauspicious. However, science considers it to be just an astronomical phenomenon. 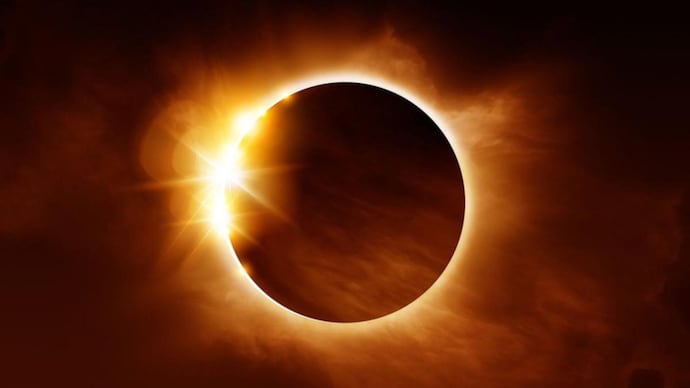 On October 25, just a day after Diwali, i.e. today there is a solar eclipse. Many people consider it inauspicious. However, science considers it to be just an astronomical phenomenon. Scientist Johannes Kepler discovered 417 years ago that a solar eclipse is a scientific phenomenon. At the same time, 103 years ago, Sir Arthur Eddington, a resident of the United Kingdom, proved the eclipse to be an astronomical event through science.

Most solar eclipses occur on new moon days, as the Moon is closer to Earth then. Every 18 months there is a solar eclipse in some part of the world.

Many times a solar eclipse seems to be seen, a ball of burning fire is made around it. Now let's understand why this happens.

Actually, the Moon revolves around the Earth in an elliptical orbit. Because of this, the distance of the Moon from Earth is always increasing or decreasing. When the Moon is farthest from Earth, it is called apogee and when it is closest it is called perigee.

When the size of the moon appears smaller than normal due to the apogee of the moon during a solar eclipse. Due to its small size, the Moon does not completely cover the Sun and some light from the edges of the Moon's surface keeps coming to the Earth. When viewed from Earth, it will look like a red sphere. This is what is called Ring of Fire.