Heavy rains near Amarnath cave triggered flash floods this afternoon and 4,000 Yatris have been evacuated so far. 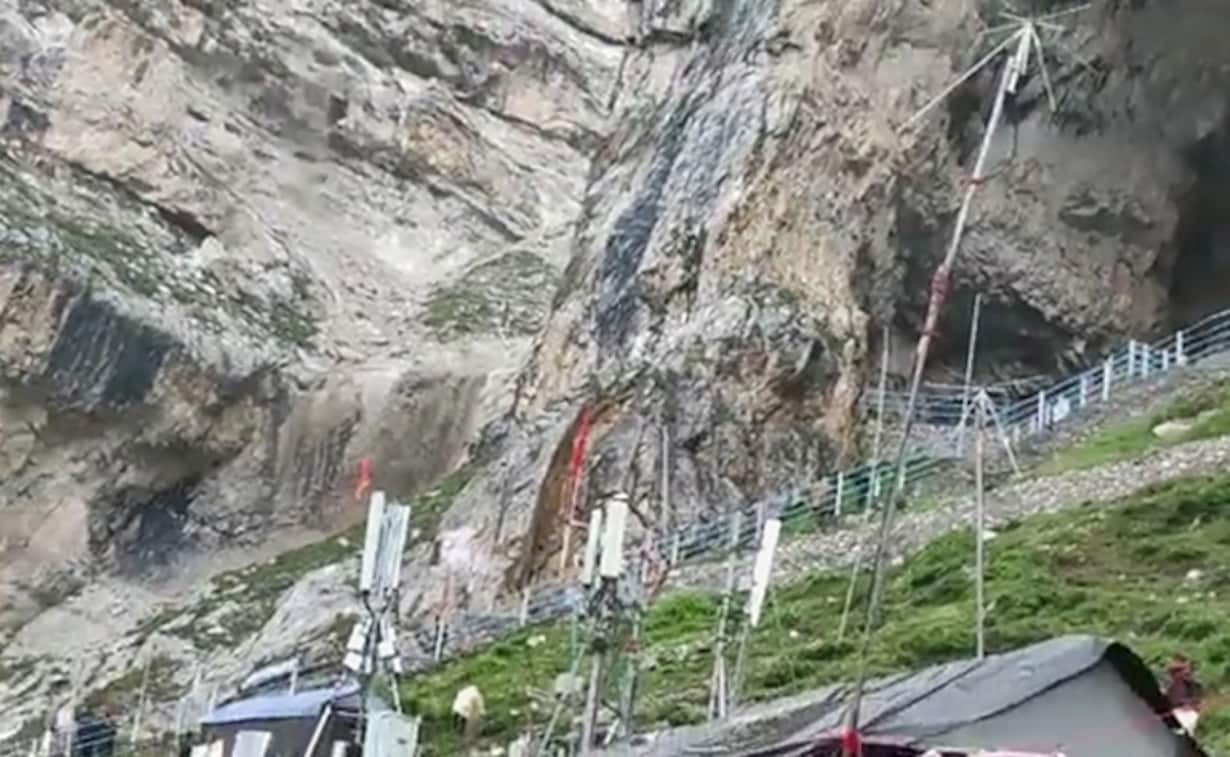 The hills around the holy cave in Amarnath received heavy rains on Tuesday. This led to floods in the ponds and springs near the Amarnath cave around 3 pm. More than four thousand pilgrims were immediately evacuated so that the flood-like situation caused by heavy rains on July 8 did not arise this time. All have been sent to Panchtarni.

The 26th batch with 2100 pilgrims left for the holy cave from Bhagwati Nagar base camp on Tuesday. This was the lowest passenger count in any batch this year. A convoy of 73 vehicles had left under the protection of CRPF. Of these, 815 pilgrims left for Baltal in 23 trains and 1 thousand 374 pilgrims left for Pahalgam in 49 trains.

On July 8, 15 pilgrims were killed in flash floods triggered by a cloudburst near the Amarnath cave. According to official information, since June 29, 1 lakh 37 thousand 774 pilgrims have been sent from Bhagwati Nagar Base Camp to visit the holy cave.

On Friday, July 8, there was a cloudburst near the Amarnath cave at 5:30 pm. At the time when the cloud burst, 10 to 15 thousand devotees were present near the cave. About 25 tents and two to three langars set up for the devotees were washed away by the water that came with a strong current from the mountains. Due to the rain, the entire area was rapidly flooded, so many people got caught in it. ITBP had rescued 15 thousand people.