Heavy rain in 22 states: Cloud bursts in Kullu, People washed away due to floods in the drain; Alert in Delhi

Delhi, Mumbai, Rajasthan, Madhya Pradesh, Himachal Pradesh, Uttarakhand, and Kerala are witnessing rain and thundershowers. An orange alert has been issued in Delhi. 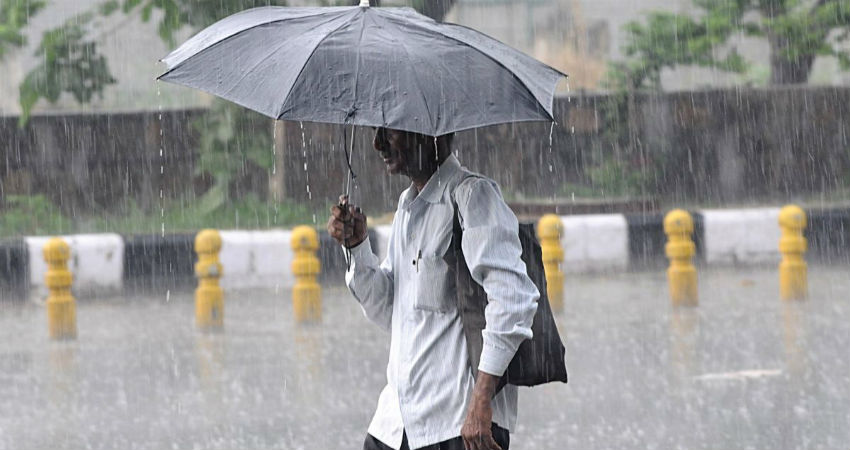 Monsoon has arrived in the whole country. Rain continues in most parts. Heavy rain is also expected for the next four days. Due to this, there has been a lot of trouble from the mountains to the coastal areas. Due to the cloudburst in Kullu, the drain came in spate. Many people are feared to have died. Mumbai-Delhi has become bad due to rain. The pace of these big cities has slowed down.

Delhi, Mumbai, Rajasthan, Madhya Pradesh, Himachal Pradesh, Uttarakhand, and Kerala are witnessing rain and thundershowers. An orange alert has been issued in Delhi.

Due to heavy rains in the Kullu district since night, there is information about damage at many places. The Choi Nala in Manikarna Valley has been flooded due to heavy rains, due to which restaurants and many houses built on the banks of the Parvati river are reported to be washed away. 4-5 people have gone missing in the accident, while 2-3 people are feared to be swept away. At the same time, in Rampur of Shimla district, the National Highway was closed due to a landslide after heavy rains.

East Mumbai recorded 58.6 mm of rain, the western part was 78.69 mm. Moderate to heavy rain is forecast for the next 48 hours. Traffic has been affected due to water logging at many places. Bus and local trains have been affected in some areas. High waves rose in the sea on Tuesday. An alert of 4 to 6 meters high tide has been issued. The Brihanmumbai Municipal Corporation has asked people to stay away from the beach.

Monsoon has arrived late in Rajasthan, but most of the districts have recorded above-normal rainfall. Monsoon pacified Jaipur in the first four days itself. Here the rain figure reached 142 mm. This figure is 74% higher than normal.

According to the Meteorological Center Jaipur, on July 6, there may be heavy rain in Kota, Jhalawar, Udaipur, Chittorgarh, Dungarpur, and Banswara. An orange alert has been issued for these districts while issuing heavy rain alerts in Kota, Bundi, Chittorgarh, Bhilwara, Jhalawar, and Rajsamand on the 7th and 8th of July.