Satyendra Jain is in judicial custody for the last 5 months in the money laundering case. Meanwhile, videos are coming out one after the other from Satyendar Jain's Tihar Jail in which he is seen eating fruits and dry fruits inside the jail. 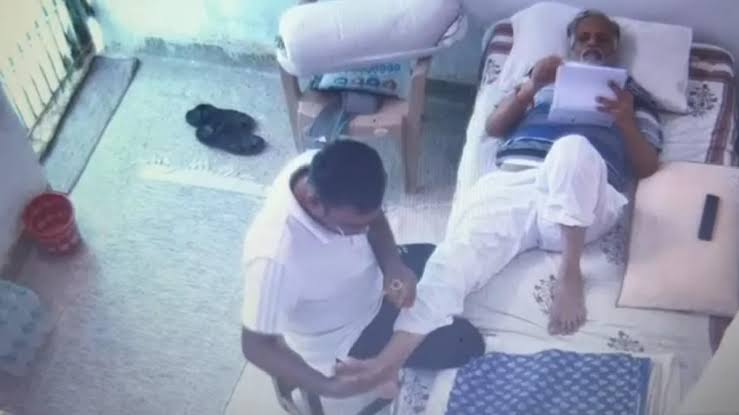 The hearing in the Satyendar Jain case has ended in Rouse Avenue Court. The order will come tomorrow at 3 pm. The order has been reserved. Hearing was held in Rouse Avenue Court today in the case related to Satyendar Jain's food in jail. The jail officials had reached the court with the reports. Advocate Rahul Mehra argued on behalf of Satyendar Jain. He had said that one cannot have breakfast, there is no rule about it. He also said that as long as there is no danger to life, religious fasting is also allowed.

Satyendra Jain's lawyer had said in his argument that the medical officer's report states that some elements are missing. In order that this does not affect the health, he has given a chart in which it is advised to save fruits and vegetables twice a day. Some they were providing and some we were buying. Satyendar Jain's lawyer told the court that from November 6 onwards, they (jail administration) stopped the supply of fruits and vegetables. The court said that where is it written that the jail is providing. After this, the lawyer of Satyendar Jain said that it was written by the doctor. Fruits and vegetables were being provided for four months.

Satyendra Jain is in judicial custody for the last 5 months in the money laundering case. Meanwhile, videos are coming out one after the other from Satyendar Jain's Tihar Jail in which he is seen eating fruits and dry fruits inside the jail. While Jain has accused the jail administration of not providing food properly. In an earlier video, Jain was seen getting a massage inside Tihar Jail and the person who was seen massaging him is not a physiotherapist, but a prisoner who is lodged in Tihar Jail in a rape case.