Shahid Kapoor called Mira Rajput a legend in the caption. 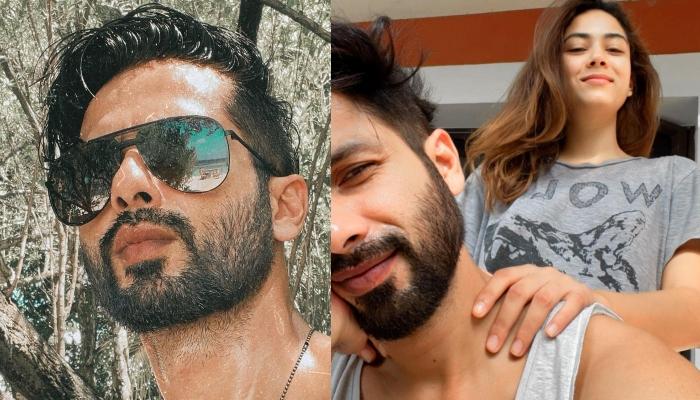 Shahid Kapoor and Mira Rajput are the epitome of a couple of goals. The couple has their social media fans swaying between feeling jealous and going aww at their antics. Now Shahid Kapoor has sent the Internet into a meltdown by sharing a video of his wife. The actor shared the video on Instagram, in which his wife Mira is seen struggling to wear an outfit. The clip features Shahid Kapoor grinning as he records a clueless Mira. Who is trying out how to get her head into one of her beach outfits.

In the video, she is seen stuck inside the outfit, before she unbuttons it and sticks her neck outside after a few confused seconds. This is only after she finds her way through the maze of a dress which Mira realizes that she is being recorded by her husband. And Shahid turned out to be a brave husband since he decided to not only record but post it for millions of fans.