Derek with TMC MPs Pratima Mandala, Kakoli Ghosh Dastidar, and ex-MP Mamata Thakur reached Hathras in the afternoon on October 2 to meet the victim’s family in Bul Gargi village. They sat on dharna 1km away from the victim's home after they were now allowed to meet. 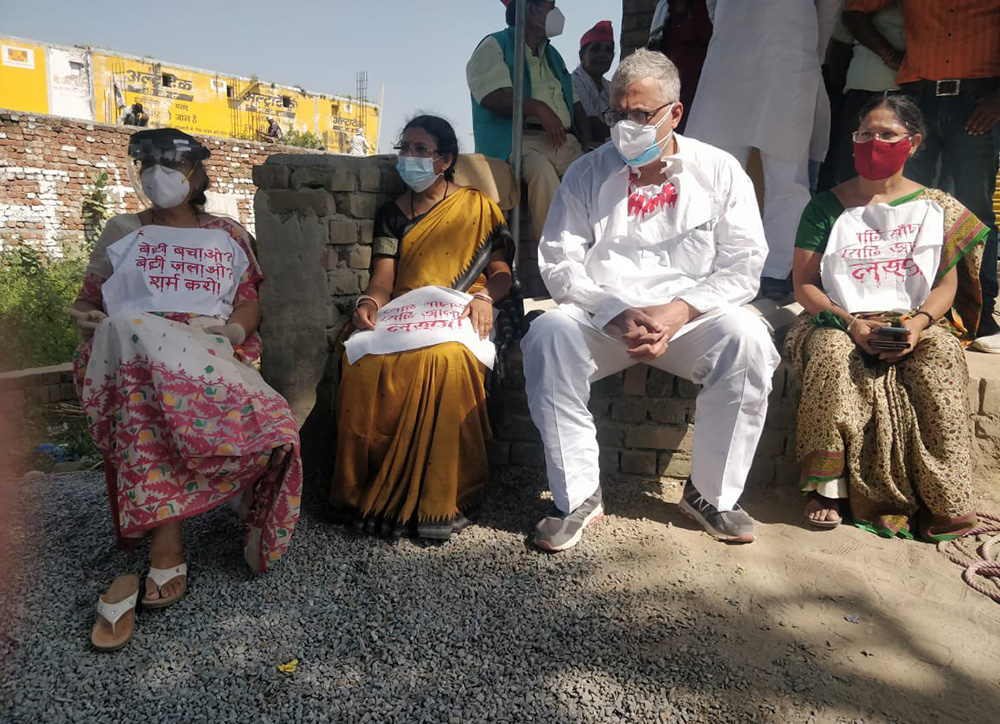 The Hathras incident of alleged gang-rape and murder has turned into a political storm. The Uttar Pradesh police have allegedly manhandled Trinamool Congress MP Derek O'Brien and pushed him on the ground after a scuffle.

Derek with TMC MPs Pratima Mandala, Kakoli Ghosh Dastidar, and ex-MP Mamata Thakur reached Hathras in the afternoon on October 2 to meet the victim’s family in Bul Gargi village. They sat on dharna 1km away from the victim's home after they were now allowed to meet.

The police have put a barricade about 1 km away from the victims’ house and are allegedly not allowing leaders from other political parties to visit.

The police had also detained former Congress President Rahul Gandhi on October 1 while he was on his way to Hathras to meet the family.

Gandhi alleged that cops pushed him on the ground and beat him with sticks while he along with his sister Priyanka Gandhi and party workers were marching towards Hathras from the Delhi-Noida Highway.

In Hathras, a 20-year-old Dalit woman was allegedly gang-raped and tortured by four persons on September 14. She was admitted to a hospital in Aligarh for treatment.

Meanwhile, on her brother’s complaint, the Hathras Police lodged an FIR and arrested four persons. When the woman's condition deteriorated, she was shifted to Delhi’s Safdarjung Hospital on September, 28. She succumbed to her injuries a day later.

Family members alleged that she was cremated at 2:30 am forcibly by the police against their wishes. However, the Hathras police denied all these allegations. The police have even denied that she was gang-raped. Even the medical report has confirmed that she was not raped.

The police have said that it is incorrect to say that the women’s tongue was slashed and her backbone was broken.

It said that four people allegedly strangulated her which damaged her nervous system and paralyzed her.

Chief Minister Yogi Adityanath has set up a three-member probe panel to look at the various allegations. The CM also said that the panel will submit its report within seven days.