The Health Ministry's sources have clarified that Home Minister of Haryana Anil Vij has tested Covid-19 positive because he took only one dose of vaccine. 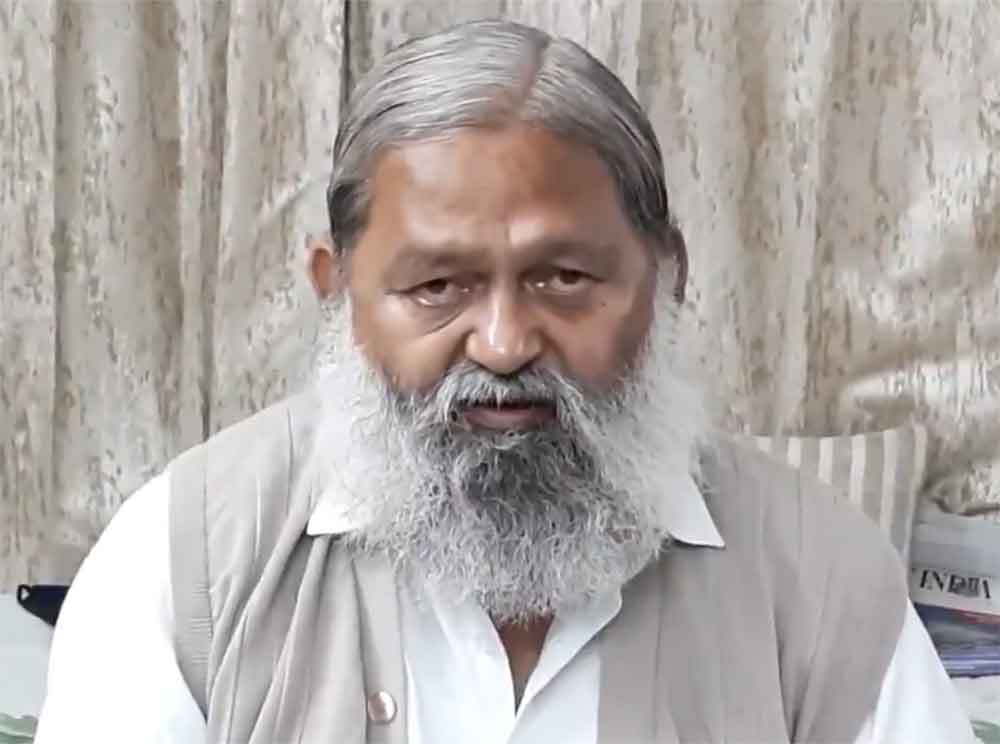 The Health Ministry's sources have clarified that the Home Minister of Haryana Anil Vij has tested Covid-19 positive because he took only one dose of vaccine.

“The antibodies against the infection build up in a human being only after a specific number of days pass after the second dose of the vaccine is taken. Since this is a two-dose vaccine,” a source in the Ministry informs.

He adds, “Anil Vij has taken only one dose of the vaccine.”

Earlier in the morning, Vij, who is also Health Minister in Haryana, said, “I have been tested Corona positive. I am admitted in Civil Hospital Ambala Cantt. All those who have come in close contact to me are advised to get themselves tested for corona.”

His admission of being tested positive for Covid-19 has created a huge controversy as he was one of the volunteers of the trial of Covaxin dose in Haryana.

The third phase of the trial for Covaxin started in Haryana on November 20 and Vij came forward to be the first volunteer to get a dose administered.

Covaxin is an indigenously developed vaccine by Bharat Biotech. It has collaborated with the apex research body in India the Indian Council of Medical Research (ICMR).

Prime Minister Narendra Modi has heaped praise on the efforts and initiatives taken by the ICMR and other pharmaceutical companies for the development of the Vaccine in such a short span of time.

If the clarification provided by the Ministry’s sources are true, the efficacy of the vaccine cannot be doubted.