The state government of Uttarakhand announced that as of 2 p.m., a total of 9,43,452 devotees had undertaken a holy dip on one of the Kumbh's most auspicious days. 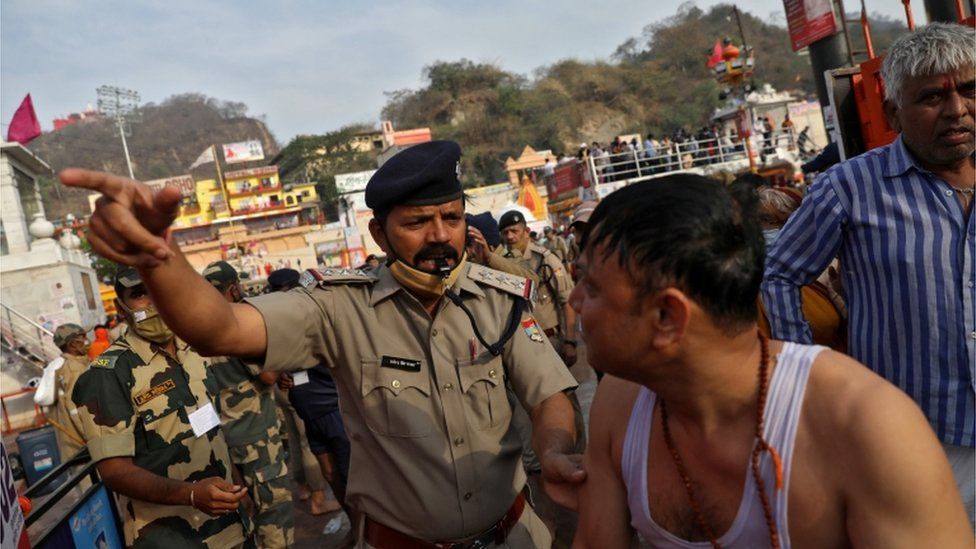 Officials said on Wednesday, that the two week long Kumbh Mela in Haridwar will run until April 30 and that there has been no talk about closing it early due to rising Covid-19 infections.

On Tuesday, Haridwar registered some 594 new coronavirus cases, bringing the total number of active cases to 2,812. While the coronavirus count on Monday in city was recorded as 408 cases.

Worshippers in huge number have gathered on the banks of the holy Ganga for the annual festival, raising fears of an huge surging increase in Covid-19 cases amidst concerns of the second wave of Covid-19 in the country.

"Baisakhi's snan is considered to be the biggest of all 4 shahi snans and 11 snans of Kumbh combined. Compared to 1.60 crore people who arrived here in 2010, as captured by satellite image, around 6 lakh people arrived this year for Baisakhi snan," said Sanjay Gunjyal, Inspector-general of police.

The state government of Uttarakhand announced that as of 2 p.m., a total of 9,43,452 devotees had undertaken a holy dip on one of the Kumbh's most auspicious days.

The Inspector-general also explained, "People are being fined for not following social distancing in non-crowded ghats, but it is very hard to fine people in the main ghats, which are very crowded."

As bhakts and other religious followers marched down the steps at Har Ki Pauri today and waded into the river for the ceremonial dip, no distancing and hardly any masks were being worn, everyone was flouting safety measures. The police officers charged with crowd control and enforcing Covid laws were also spotted doing the same.

The District Magistrate of Haridwar, Deepak Rawat said, "The Kumbh Mela used to begin in January, but looking at the Covid situation, the state government decided to start it in April this time. The centre's SOP said because of the situation, the duration would be reduced. I have no information of it being curtailed."