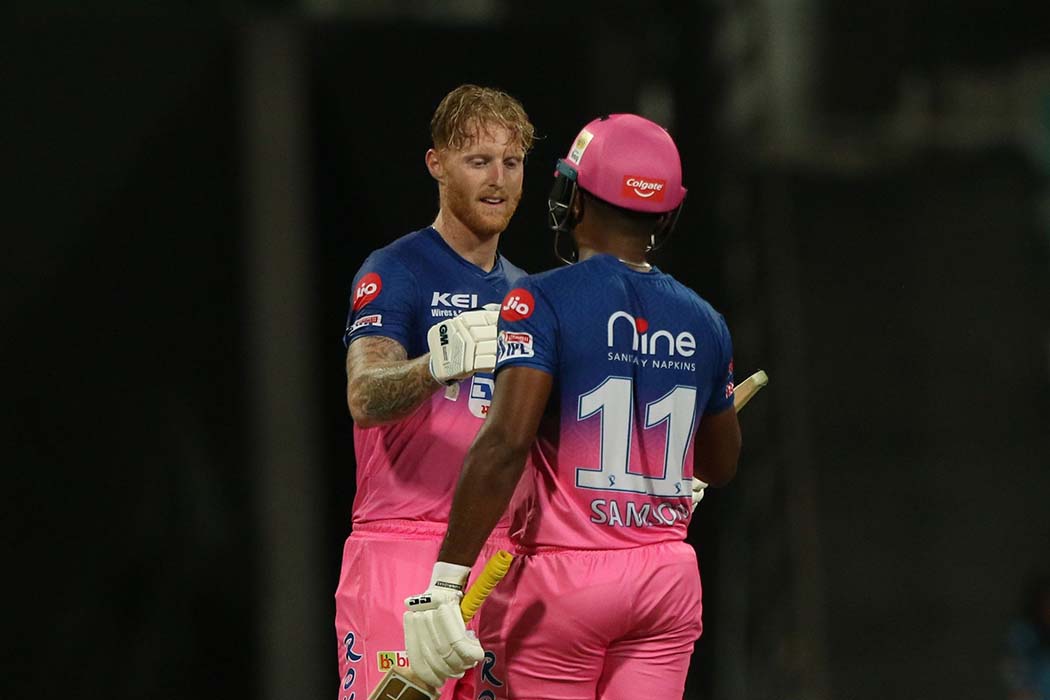 After MI posted 195 on the board on the back of Hardik Pandya’s 21-ball 60*-run blitz, which included 7 sixes and 2 fours, RR needed something special to pull off a win and Stokes and Samson did just that.

Samson and Stokes joined forces in the fifth over of the RR chase. The two made sure their side always remained in the hunt as the pair took RR to 99/2 at the halfway stage of their innings.

While MI conceded just 4 runs in the 18th over, Stokes closed out the game, hitting a six and a four on the first balls of the penultimate over and in that process, completed a stunning hundred.

MI, while batting first, were 89/1, with Kishan and Surya batting on 37 and 38 respectively. RR, then pulled back the things as Kartik Tyagi and Shreyas Gopal joined forces to scalp three wickets in the space of the next three overs.

Having lost three wickets for 15 runs, MI were looking for a solid partnership and Saurabh Tiwary and Hardik Pandya delivered.