Happy Diwali 2020: What were the three things that PM asked soldiers to follow?

Prime Minister Narendra Modi, continuing his tradition of spending Diwali with the armed forces interacted and addressed the soldiers at the Indian border post of Longewala. 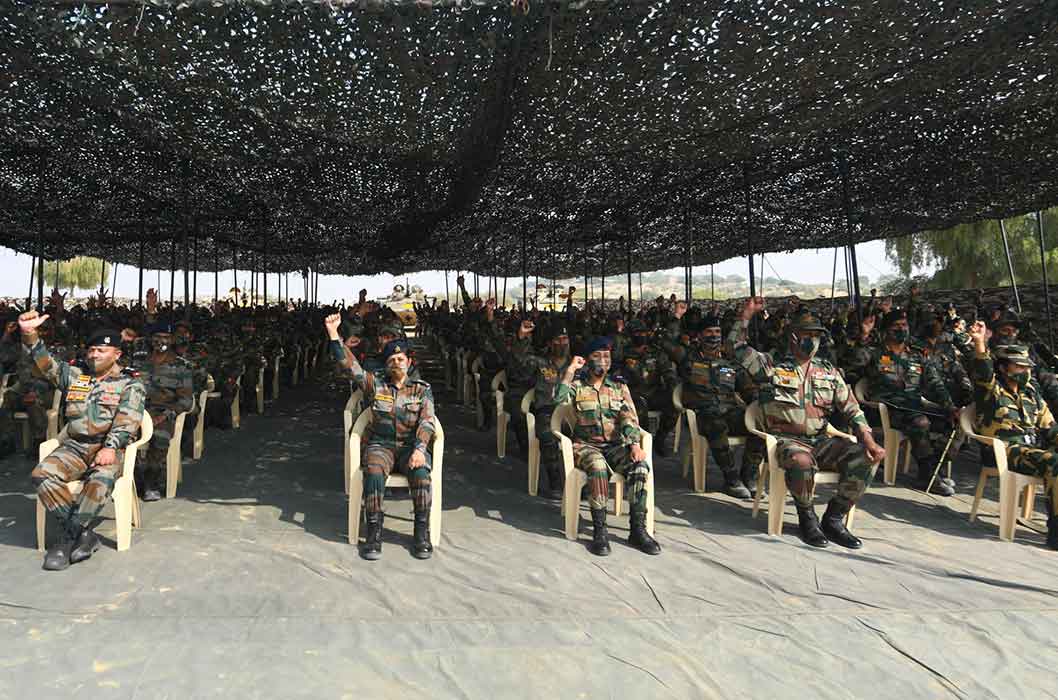 Prime Minister Narendra Modi, continuing his tradition of spending Diwali with the armed forces interacted and addressed the soldiers at the Indian border post of Longewala.

He said his Diwali is complete only when he is with the soldiers whether in the snow-clad mountains or in the desert.

He took the greetings, blessings, and wishes of every Indian to the armed force personnel at the border. He also greeted the brave mothers and sisters and paid tribute to their sacrifice.

The Prime Minister conveyed the gratitude of the countrymen to the armed forces and said 130 crore Indians are standing strong with the forces.

The Prime Minister emphasized that only that nation is secure which has the capability to face the attackers and intruders.

He said irrespective of advances in international cooperation and changes in equations, we simply can’t afford to forget that vigilance is the key to security, alertness is the basis of happiness, and strength is the confidence of victory.

The Prime Minister recalled the glorious battle of Longewala and said the battle will always be remembered in the annals of strategic planning and military valour.

He said this was the time when the ugly face of Pakistan was exposed as its army was terrorizing innocent citizens of Bangladesh and committing atrocities on daughters and sisters. Pakistan opened the front on the western border to divert the global attention but our forces gave them a befitting reply.