On Saturday, the Delhi High Court questioned the Centre about its preparedness for the projected COVID-19 second wave peak in mid-May, describing the huge increase in cases as a "Tsunami" and warning to "hang" anyone who obstructs oxygen supplies to hospitals in the city 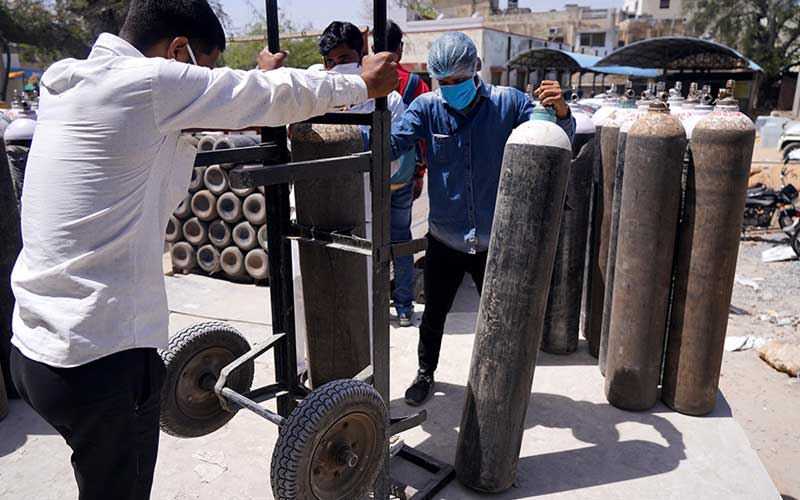 On Saturday, the Delhi High Court questioned the Centre about its preparedness for the projected COVID-19 second wave peak in mid-May, describing the huge increase in cases as a "Tsunami" and warning to "hang" anyone who obstructs oxygen supplies to hospitals in the city.

During a special hearing on a holiday on the issue of mounting oxygen crises in various Delhi hospitals, a bench of Justices Vipin Sanghi and Rekha Palli said this. According to the court, the infectious disease has a low mortality rate, and those with low immunity will inevitably die; however, the issue arises when people who should be rescued are still dying.

"We need to lower the mortality rate." The court noted its estimation that the height of this COVID wave would arrive in mid-May, citing a report by a team of scientists from the Indian Institute of Technology (IIT), Kanpur.

The court said, "We are calling it a wave, but it's really a Tsunami," and inquired about the Centre's preparedness in terms of facilities, hospitals, medical personnel, medications, vaccinations, and oxygen as of the peak date.

The Centre's Solicitor General Tushar Mehta predicted that the number of cases would spike in May and June and that the country should prepare for the worst. He stated that the Prime Minister and others are working on it and have agreed to import oxygen while also pursuing the most remote possibility of producing oxygen from wherever it is accessible.

The court was hearing arguments from the lawyers for Maharaja Agrasen Hospital, Jaipur Golden Hospital, Batra Hospital, and Saroj Super Speciality Hospital about a lack of oxygen for critically ill COVID patients.

"We will hang that man. We are not going to spare anyone" the court ruled this while directing the Delhi government to provide one instance of any official at the federal, state, or local level obstructing the pickup of oxygen supplies.

The court directed the Delhi government to also notify the Centre about certain local government officials so that action could be taken against them. It also inquired as to when the 480 metric tonnes (MT) of oxygen per day set aside for Delhi will be delivered.

The question arose after the Delhi government announced that it had been receiving just 380 MT of oxygen per day for the past few days, with just about 300 MT on Friday.

While the hearing, the court also inquired Delhi government officials about their efforts to procure tankers in order to obtain the supply of oxygen allotted to it by the Centre.