'Haath Jodo Yatra' campaign of Congress from January 26, 85th session will be held in Raipur in February

Congress will also start a new campaign 'Hath Se Hath Jodo'. The 85th National Convention of Congress will be held for three days in the second fortnight of February next year in Raipur, the capital of Chhattisgarh. 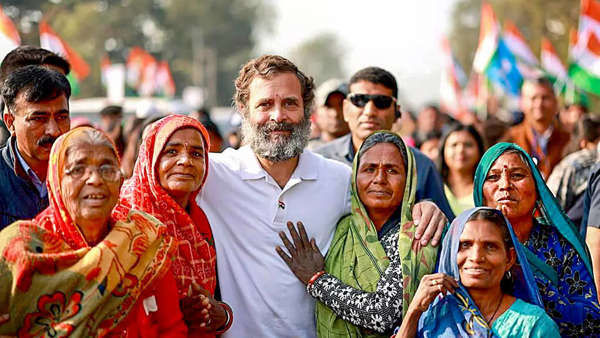 The steering committee meeting of the Congress party was held in Delhi on Sunday. In this meeting chaired by Mallikarjun Kharge, it was decided that keeping in view the success of 'Bharat Jodo Yatra', from January 26, Congress will also start a new campaign 'Hath Se Hath Jodo'. The 85th National Convention of Congress will be held for three days in the second fortnight of February next year in Raipur, the capital of Chhattisgarh. The Congress Steering Committee in the meeting expressed concern over the grave economic, social and political challenges that India continues to face. The Congress party statement said that crores of people are struggling with rising prices and record unemployment. Economic growth continues to decline with each passing year. At the same time, the deliberate destruction of constitutional institutions and the attack on them continues.

The committee noted that premeditated attempts to create conflict between the executive and the judiciary are particularly dangerous. The statement also said that the government is maintaining its silence on the Chinese incursions on the border and the change in status quo on the LAC. Even credible reports are indicating increasing deployment of Chinese troops and weapons. The committee also noted that despite so many challenges, the Prime Minister continues to deny, divert attention and divide. His inflammatory rhetoric during the recent election campaigns in Gujarat and Himachal Pradesh has further polarized politics and society at a time when the country needs serious discussion and debate.

The committee has also appreciated Rahul Gandhi and his 'Bharat Jodo Yatra'. Every day he listens and talks to people from all sections of society, especially youth, women, farmers and working class people, directly communicating its message of equality, fraternity and harmony, the statement said. This is the same message preached by the spiritual leaders and social reformers of India.