An important decision will come in the Gyanvapi case today i.e. on Monday. Today it will be decided whether the Gyanvapi case is worth hearing or not. A decision regarding this will be taken by the Varanasi District Judge on 7/11. 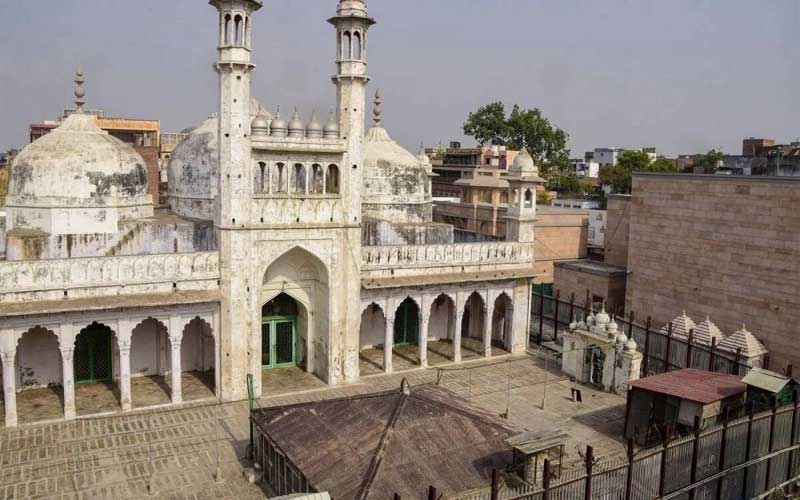 An important decision will come in the Gyanvapi case today i.e. on Monday. Today it will be decided whether the Gyanvapi case is worth hearing or not. A decision regarding this will be taken by the Varanasi District Judge on 7/11. 7/11 means whether the petition filed by the plaintiff women is worth hearing or not. In this case, the arguments of all the parties have been completed. Now the matter is to be heard today at 2 pm. It is believed that the decision will come before 5 o'clock.

A petition was made by the plaintiffs that the Shringar Gauri temple should get the right to worship every day as before 1991. If the verdict comes in favor of the plaintiff women, then all Hindus in Banaras will come from 8 pm to 8.15 pm on the roof of their houses and blow conch shell, bell and thali. This information has also been given to all. The Hindu side says that if the verdict comes in our favor then it will be the first step towards freeing Adi Vishweshwar.

The Varanasi court will give its verdict on Monday on whether the petition filed for the regular darshan-worship of Maa Shringar Gauri located in the Gyanvapi complex is maintainable or not. In view of this, prohibitory orders under section 144 have been imposed in the city. Varanasi Police Commissioner A. Satish Ganesh said on Sunday that as a precautionary measure in view of the verdict on Monday by the district court in the Gyanvapi-Sringar Gauri case, a direction has been issued to impose Section 144 in the Varanasi Commissionerate. All police officers have been directed to communicate with the religious leaders of their areas.

The arguments of Hindu and Muslim sides on whether the trial going on in the court of Varanasi District Judge AK Vishvesh, regarding the demand for regular darshan-worship of Maa Shringar Gauri, located in Gyanvapi complex, has been completed. The court has reserved the order in this case. The court will pronounce its order on Monday, September 12. Rakhi Singh of Delhi and four women residents of Varanasi had filed a petition in the court of Civil Judge Senior Division Ravi Kumar Diwakar last year seeking orders for daily worship of Hindu deities located on the outer wall of the Gyanvapi Masjid. On his orders, a videography survey of the Gyanvapi campus was conducted last May.