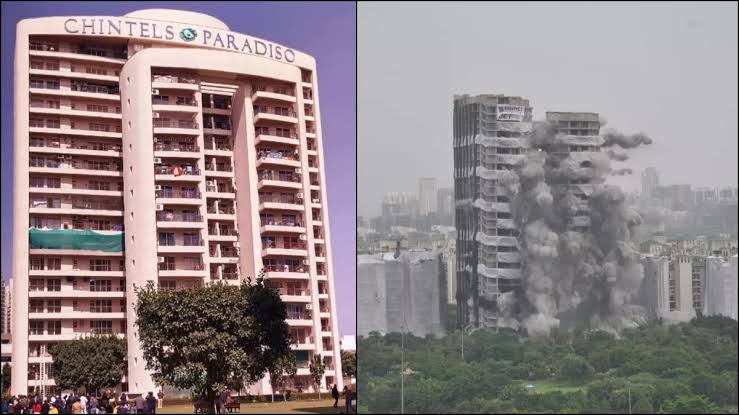 The D-tower of Chintels Paradiso Society located in Sector-109 of Gurugram will be demolished within two to three months. Preparation for this will be started from next week itself. The administration is confident that after the report of IIT Delhi, the builder is left with no option. He will not get relief from the court. The incident on February 10 is not ordinary. From the sixth floor to the bottom, the drawing room had collapsed.

The Twin Towers were demolished in just nine seconds. All the debris was left around the towers. In order not to increase the level of pollution in the surrounding areas, preparations were made at many levels. On the same lines, the Gurugram district administration will prepare. Preparations for the formation of committees related to demolition will be started from next week itself. A team of experts will be formed.

Vinod Kataria, senior advocate and president of the District Bar Association, told that if the builder feels that the decision of the administration is not proper, then he can take the matter to the Supreme Court. As in the case of Twin Towers of Noida. The administration has taken a decision based on the report of IIT Delhi. The builder will also have to think before challenging the report. Well, the way is open for him to go to court.