PM Modi addressed a gathering of people at Gurudwara Lakhpat Sahib, Gujarat and praised the efforts and initiatives of Sikh Gurus for humanity. 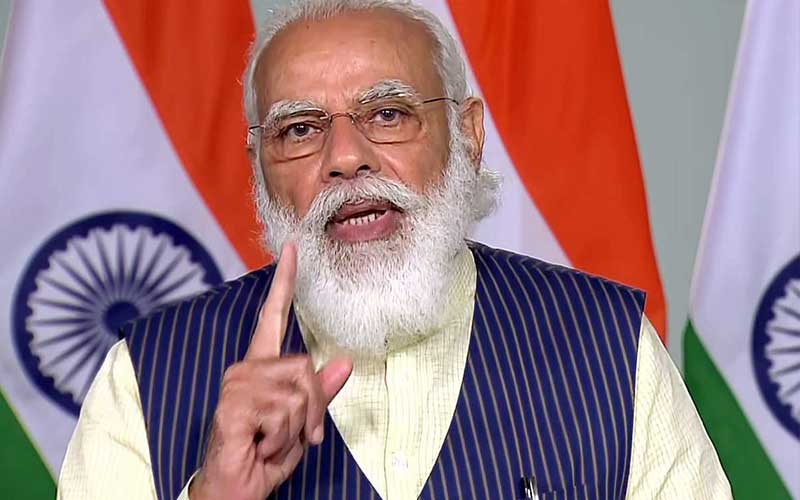 Prime Minister Narendra Modi congratulated the Sikh community on the occasion of the Gurpurab celebrations of Guru Nanak Dev Ji. He addressed a gathering of people at Gurudwara Lakhpat Sahib, Gujarat and praised the efforts and initiatives of Sikh Gurus for humanity.

PM Modi recalled the ups and downs that Gurudwara Lakhpat Sahib have witnessed since its existence including the 2001 earthquake which had caused substantive damage to this holy place. However, artisans from different parts of the country restored their glory by working day and night.

According to a press release issued by the Prime Minister's Office, “The Prime Minister respectfully recalled the contribution of the great Guru Tradition to Indian society in the times of subjugation and attacks by the invaders. He said Guru Nanak Dev ji came with a message of brotherhood when society was ridden with obscurantism and divisions. Similarly, Guru Arjan Dev Ji, through integrating the voice of the saints of the entire country brought a sense of unity to the nation. Guru Harkishan ji showed the path of service of humanity which still guides Sikhs and rest of humanity.”

“The Prime Minister noted that Guru Nanak Dev ji and after him our different gurus not only kept the consciousness of India ignited, but also made a way to keep India safe. The contribution of our Gurus is not limited to society and spirituality only. Rather, if our nation, the contemplation of the nation, the faith and integrity of the nation is safe today, then at its core is the great ‘tapasya' of the Sikh Gurus. Guru Nanak Dev Ji, said the Prime Minister, was clear in his understanding of the danger that Babar’s invasion posed for India,” it said.

Praising the work of Guru Teg Bahadur, PM Modi said that his entire life is an example of ‘Nation FIrst’, the Prime Minister emphasised.

“The Prime Minister said just as Guru Tegh Bahadur ji always stood firm for his concern for humanity, he gives us the vision of the soul of India,” the release said.