People often hold religious ceremonies on Guru Arjan Dev's martyrdom day, where they read Sri Guru Granth Sahib. In Gurudwaras, langars are also distributed. Due to the second wave of Covid-19, no major event will be held this year. 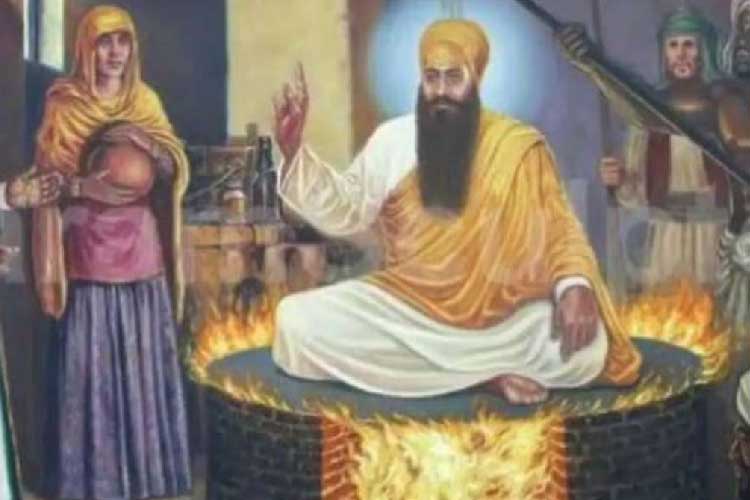 He succeeded his father, the fourth Sikh Guru Ram Das, who deceased in 1563. He lay the foundation for the Harmandar Sahib, or Golden Temple, in 1588 and also produced a blueprint for it. He examined the temple's completion, which was completed in 1604 and opened to the public.

He was the youngest son of Bhai Jetha, who subsequently became Guru Ram Das, and Mata Bhani, the daughter of Guru Amar Das, and was born in Goindval, Punjab. After the fourth Sikh Guru founded Amritsar and created a pool, he completed the construction of Darbar Sahib.

The ShaheediDiwas, or Guru Arjan Dev's martyrdom day, is observed on JethSudi 4, which falls on June 14 this year, according to the Hindu calendar.

Under the command of Mughal Emperor Jahangir, Guru Arjan was arrested and forced to convert to Islam. In 1606 CE, he was tortured and murdered for refusing to submit. It is unknown from historical documents and Sikh belief whether Guru Arjan was drowned or died as a result of torture. His martyrdom is regarded as a watershed moment in Sikhism's history.

Guru Arjan Dev Ji is also credited with founding the Punjabi cities of Tarn Taran Sahib and Kartarpur. In addition, the Guru added his literary works to the Sikh scriptures. He composed, for example, the fifth song in the Kirtan Sohla (also known as the 'Song of Praise' or the night prayers). Last but not least, he is said to be the author of the Sukhmani Sahib.

People in the Sikh community honor Guru Arjan Dev Ji's Shaheedi diwas as Chabeel Day as a symbol of remembering and reverence for Guru Arjan Dev Ji, the fifth guru of Sikhs.They have been offering 'Chabeel,' or Rose Milk Sherbet, to pedestrians, hawkers, and other passers-by on the streets for years, despite the searing heat of May and June. In the summer, the drink provides a much-needed reprieve from the scorching sun and sweltering breezes.